Who watches The Watchmen? Not me -- at least, never again! 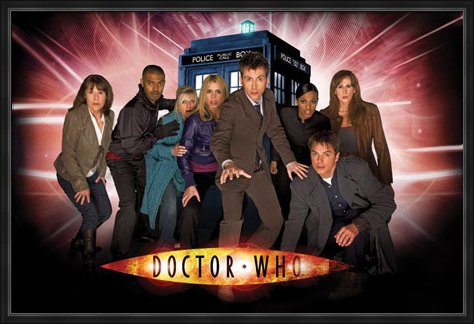 Oh, my. After just three days I'm convinced that DirecTV is the handiwork of The Devil.

The installer came by late on Thursday and spent four hours setting me up. My first reaction was: Yippee! Teevee again! I am back in the land of the living! I can listen to the news and weather reports!

Then the installer started showing me some of what DirecTV delivers, and I think I said, out loud, "This is insane!"

For all of my life, I've had access to just eight or ten channels: all three networks (from two locations), a couple of PBS stations, and within the last couple of years, FOX. It used to take me maybe sixty seconds to go through all the channels, find out there was nothing on that I wanted to watch, and slot a DVD into the player.

Now it takes an hour!

I'm grateful that, as you flip through the channels, a description of the program that's currently airing pops up before the channel actually has time to load. This gratefulness stems from a couple of encounters with the premium movie channels (which, thankfully, will be going away in three months). I was thumbing the "channel up" button when I suddenly noticed the words: "HBO -- SAW IV."

Then I stumbled upon the much-talked-about film adaptation of Watchmen, the graphic novel by Allan Moore and Dave Gibbons. I decided to brave it. After all, it didn't cost anything (over and above what DirecTV costs, anyhow). So I wasn't directly giving them my money to watch it.

I expected the egregious lapses in taste, but what surprised me was that the egregious lapses in taste weren't the main reasons why I ended up giving this ugly movie a "thumbs down." The original graphic novel was many things: but it wasn't pretentious. This thing, with its over-use and abuse of slow motion, portentous empty-eyed, stone faced acting, not to mention its overwhelming sense of self-seriousness, self-importance and superiority (particularly notable for something that's really just a grotty little exercise in nose-wrinkling) embodies pretension to the nth degree.

It's been noted that the movie displays an almost slavish devotion to the book. I didn't see that. Admittedly, it's been years and years since I read the thing, but there were whole swaths of story material that I didn't remember and would swear were not in the book. The movie is also more gruesomely violent than the book. It replaces the book's many layers of complexity with layers of vulgarity. Its one improvement over the book lies in the ending, which for expediency's sake changes a fake alien invasion into a fake attack from one of the existing characters.

You feel exhausted when the thing is over, and a little bit dirty, and very much as if you have wasted your time.

Oh -- and don't even get me started about Universal's recent remake of The Wolfman.

Much more enjoyable (though still problematic) was BBC America's marathon showing of the new Doctor Who series. I'd never seen this incarnation of the show before. With its significantly larger budget and the abandoning of 20-minute "cliffhanger" episodes for hour-long self-contained stories, Who has gained much over the days of the original series -- but it's also lost something, too.

The first story I looked at was an epic-length two-parter starring the Good Doctor's most popular baddies, the Daleks. Because it's now shot on film and because they have access to computers, the producers can now make their Dalek Invasions quite spectacular: but with literally hundreds of Dalek spacecraft careering around shooting everything in sight, and literally thousands of Daleks hovering and swarming about, the emphasis has shifted away from story and onto spectacle. At its core, it was a fairly ordinary, by-the-numbers Dalek story, even when a four-way cliffhanger was tossed in at the end of the first hour.

The second part was worse: a mish-mash of technobable and confusion. It was complicated by the boatload of supporting characters who were being re-united for this story, all of whom the producers seemed more interested in than the Doctor! U.N.I.T -- the Torchwood crew -- Sarah Jane Smith. Too many characters and not much in the way of clever dialogue for the Doctor.

The second story that I watched -- "The Next Doctor" -- was much, much better, though still, in the end, over-reliant on computer-generated spectacle. The Doctor finally gets to be Doctorish, and the story was a clever one featuring the Cybermen. And -- was that Miranda Richardson guest starring? In Victorian London, the Doctor meets what he at first believes to be a future incarnation of himself. Meanwhile, the Cybermen are using child labour to build themselves a gigantic cyber tinkertoy with which to literally squash the British Empire.

I was grateful to catch up on what the beeb were doing with one of my favorite shows, but three hours was more than enough. By then I was just rested-up enough from a day of moving to manage dinner.

I'll continue to dip into DirecTV as time permits, but I suspect that I'll be returning to my DVDs soon. I can program better for me than some young suited dunderhead.

Oh -- and if you want proof positive that it's the work of the Devil? Check out something called Yo Gabba Gabba!