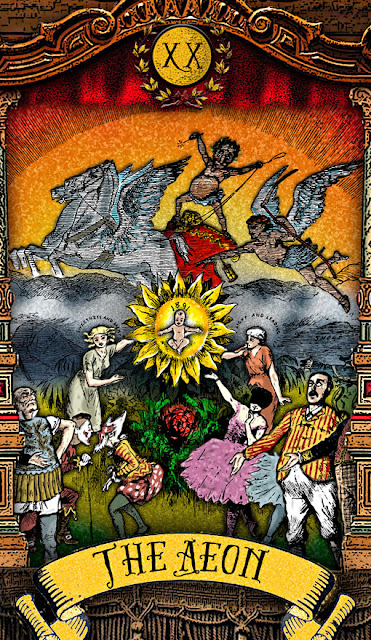 This morning with itchy bleach on my head (because I hate my hair's natural mousy brown color , and so dye it as close to white as I can get it ... fer crine out loud, here I am in my late fifties, when is it just going to turn already?) I went back to the earliest days of this blog and read a few of the posts surrounding the experience of moving into my current house, all on my own.

I'm so glad that I wrote it all down five years ago, as it happened. Memory is beyond imperfect, and time does dull the pain. But here I am, five years and twelve days exactly after the move was finally completed.

So much has happened and changed in that time.  The architecture of my family has mostly evaporated: Pooky, Pandy Bear and Patches have all died, my friend Howard is gone, my Dad has moved away (yet we have somehow grown closer), my evil sister saw the deaths of her son and husband in rapid succession, only to replace them almost immediately with a New Family that she is welcome to (my sister's soul is nothing more than a black hole that sucks up anything that gets too close, in order to give itself the illusion of substance).

The Saga and Process of Moving On has more or less completed, insofar as it's ever complete; after all, we are always moving on from something.  But five years after the fact, there's no denying that I'm in a better place now than I was then, having divested myself of a job and a boss that were helping to drive me to drink, among other things. The past couple of years have been loaded with blessings, not the least of which are the numbers of people who have let me know that they like the work I am doing: something that hadn't happened in such a long time that I'd forgotten what it felt like.

Of course change is the order of life and it can all go belly-up from where it is if one is not careful. And I'm not, nor will I ever be, without sadness: it's a part of my biological make-up. But I look at those entries from five years ago and remember what a bad place it mostly all was, and see how far I've come from those times; and I'm so grateful to have, with your help, and for now, reached a place where there is a lot less pain to write about, but still much to remember, and much to do on the road ahead. 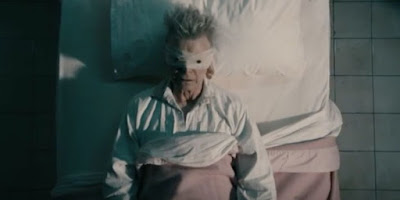 David Bowie released an album and then he died.

In an act of transformation that is nothing if not pure alchemy, an interesting album coalesced into a profoundly moving work of art. In the video of “Lazarus,” Bowie is seen writhing and levitating in the most austere of hospital beds, while his Inner Self struggles to get all the words down on paper before his time expires. This is powerful, emotionally shaking stuff, but also cold: in the same way that Bowie made all of his best work, he has objectified himself and become the part that he was playing and writing about.

In another decade, the work would be hailed as the artistic achievement of an admittedly young year. Instead, I fear it is doomed to become a reflection that fades rapidly in the collective rear-view mirror of our non-culture. Now, in the middle of the twenty-teens, Bowie is becoming the victim of what he himself warned us about: the transitory nature of an aging culture, the strange changes that cannot even be faced because the world has already moved on.

With Bowie gone, it’s left to folk singer Slaid Cleaves to warn of what’s happening and what will happen: throughout his album Everything You Love Will Be Taken Away, he laments:

Bowie is dead, long live Bowie, blink and you missed him, he was barely here. So much has changed since David Bowie warned us about change. The Pop Culture that nourished his growth no longer even exists: because culture implies something shared, and the element of sharing is now simply another casualty in the endless quest for Novelty that has become the driving force behind everything we see, hear and do. We live in a rarified “Do-It-Yourself” culture that’s different for every individual, because it exists only in the experience and choices of that individual.

It’s all in your personal Pop-Culture Mixmaster, streaming in the wifi-ed air around us, down into your iPod and out through the earbuds. There is no job in this world more obsolete than “disk jockey” or “programming director.”

From here on in, we’re all going it alone.

Alan Rickman quickly followed Bowie down the rabbit-hole, same age, same cause of death. Although it boggles my mind to learn that there are actually people out there who liked Robin Hood (a movie that plays rape for laughs, and which boils down to — as I wrote at the time — “the Sheriff of Over The Top fighting Robin Bland to see who has the most annoying acting style”), that was just one execrable movie in an otherwise exemplary career. You’d listen to Rickman read the telephone book, wouldn’t you? I would.

The thing that’s concerning about this is that Mister Death seems to be focusing overmuch on The Good Folks. Why is Pat Robertson still alive? Why is Dick Cheney still alive? Why haven’t Rush Limbaugh, Ann Coulter and Donald Trump had their fatal coronaries yet? Why are evil-minded men gleefully lopping off the heads of people who never them did any harm, and still managing to keep their own heads attached to their shoulders?

It seems to me that Mister Death has a legitimate Job of Work to do, and that he’s been shirking. In the novels of Terry Pratchett, Death is always anxious to present himself as just another working stiff, really your pal, “it’s a bad job but someone has to do it.” And yet he takes Terry Pratchett and leaves us with the likes of Tom Clancy and James Patterson (neither of whom even write their own books anymore).

There must be MILLIONS of people out there who deserve to be dead, and yet Mister Death passes them by, waving a bony hand in passing, “That’s okay, buddy, you’re good for now, I’m on my way to take out that person who made millions of people happy.”

It’s not the same, it doesn’t hurt as much, it isn’t as personal as losing your grandparents, your mom, the beloved members of your family. I miss my poor pussyquat Patches more than I will ever miss David Bowie or Alan Rickman. But deaths out of the world we live in re-open those wounds, because they cast a stark light on the timeframe of your life. Everything, even the sadness of knowing that your world is passing on, is “Temporary as the morning dew turning to steam.”

This evening I subjected myself to Alien Resurrection (1997) … not because I had any crashing desire to see another Alien movie, but because it was directed ny Jean-Pierre Jeunet, one of the few remaining active directors whose work I admire enough to actively seek out. It was his only Hollywood movie, and I believe the experience was bad enough to sour him on ever doing it again. Can’t blame him for taking the offer; gotta admire him for cutting the cord and going back to doing what he does best: his own thing.

Jeunet struggles manfully to make something out of the material; but it’s an effort that’s doomed from the start, hobbled as it is by a script excreted from The High No-Talent Supreme, Joss Whedon. Whedon, James Cameron, J.J. Abrams — these three clowns taken together are among the worst things ever to happen to Hollywood, discounting only the corporate numbskulls who keep on hiring them. If I’m ever unlucky enough to meet Whedon, I want to ask him what it feels like to fuck The Avengers.

When he’s not busily engaged in finding ever more extreme ways to gross out an audience (the one thing that the Alien movies seem to thrive on), he’s dutifully hitting the mark of every standard Hollywood Plot Point, every cliched theme or line of dialogue that he can possibly lay his typing fingers on. Alien Resurrection is one of those movies that the audience could have written just as well, by rote: all 114 minutes are telegraphed and predicated (and predictable) from the movie’s opening seconds. This is probably its great failing as a horror movie: it’s hard to be scared by a movie when we already know what’s coming, down to the split second.

Still, Jeunet’s visual trademarks somehow manage to shine through: and the opening sequence is pure Jeunet, leading one to expect a far more inventive picture than what follows. And it does have Sigourney Weaver and Winona Ryder, thank goodness for that. I’d watch those two in practically anything, and Jeunet knows how to photograph them: you can’t turn your eyes away when they are onscreen, much as the content of the picture makes looking away almost mandatory.

It’s worth watching — once — because of Weaver and Ryder and Jeunet; but you can almost feel the man’s frustration running through the movie’s frames like the slimy alien goop that saturates it throughout. No man who is capable of works like Delicatessen, City of Lost Children, Amelie, A Very Long Engagement, or his other films, is going to be happy applying his talents to lifeless crap like this. The business of making sequels to other people's work in Hollywood must be akin to working inside a gigantic Kill Jar. Perhaps this is why he opens the movie with an insect about to be smushed.

Really, I wanted to watch this tonight because I’ve finally managed to snag a copy of Juenet’s most recent picture, The Young and Prodigious T.S. Spivot. This has barely been seen in America thanks to its distributor, Harvey Weinstein: basically, an ego on legs. In Jeunet’s own words: “Gaumont sold the film to Harvey Weinstein, and he fucked me... because I refused to re-edit the film. He kept the film for two years and he released the film without advertising, nothing, it was a disaster.”

So at last, sometime this weekend, I’ll get a crack the man’s latest work. It’s had mixed reviews, but this is not surprising: if you don’t “get” Jeunet, then you may feel lost wandering the landscape of his cluttered mind and razor-sharp eye. For me, the only thing that doesn’t bode well for the viewing is that I’m looking forward to it so much.

—Frede.
www.ducksoup.me
www.tarotbyducksoup.com
Posted by Freder at 12:36 AM No comments: