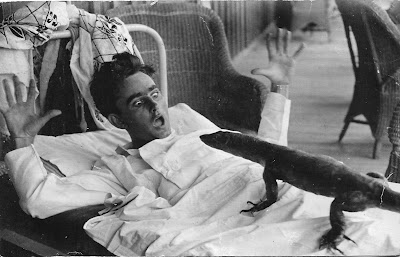 Well, folks I did end up in Detox last week, for the second time in my life, the second time in two years. And I can tell you that the process is Deeply Flawed on a number of levels, and many of those levels I'm not prepared to discuss here, because I'm not a professional, I don't know Jack Shit about the subject, and beyond that I am an Asperger's patient who, uhm, kind of has trouble with the whole Reality experience, and beyond THAT I'm still stupid enough to believe that Ginger Ale Tastes Like Love.

OK, I know that some of you are going to be WAY too young to get that joke.

But here are two, I think legitimate, points that I want to make.

1) There are no Public-Access computers available in Detox, and believe you me, a Detox patient is not allowed within fifteen feet of any kind of computer at all.

Here's the funny part: You ARE allowed access to a public cell phone.

Now, most of y'all probably think this is great. But I don't own a cell phone, never have, never will -- I don't even use my LAND LINE unless I have no other options, I don't have ANYone's telephone numbers memorized (some of them I have written down, but I keep them here on my computer or on a notepad next to my Land Line).

So, if you put a cell phone into my hand, my immediate instinct is just to toss it out the fucking window, 'cuz honestly, I can't even figure out how to USE the damn things.

I am a person who communicates with the outside world by means of the internet. And if you say to me -- "No, you can't have access to the internet" -- that's exactly the same thing as saying to me, "Sorry, you just dropped  off the face of the planet, and nobody will ever know what happened to you, nobody will ever know where you've gone, Sorry, but you've just Ceased to Exist as  Human Being."

And not only is this Unfair, but it genuinely created some problems for my friends and family and people who care about me. It was, literally, as if I had vanished.

2) There are No Pussycats in Rehab.

I  think every Rehab ward should have at least eight or ten pussycats living on the  premises, all of them available for adoption, all of them available to Go Home with a patient who really takes a liking to one of them. I think that this would be one of the most Amazing Healing things that any Detox Ward could do. God damn it: just give them a pussycat to pet and (if they mutually wish) Snuggle Up to.

In fact, I think that I just Invented a job that I would be the first one to apply for:

Don't those of you who know me think that that job and me would be the perfect combination?

Posted by Freder at 8:45 PM No comments:

The Return of Doctor Shrinker 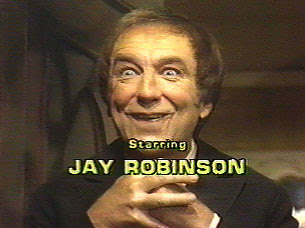 Today was my first session back in mandatory counseling (two words which I just now seem to have spelled correctly for the first time, despite the unbelievable amount of times I have typed them!)

The title and the picture may lead you to believe that I am mocking the sessions or not taking them seriously. This is not true. I am fully invested in the experience. But -- you have to have a sense of humor about things, yes? Otherwise, what the hell's the point?

I vomited so many issues up into that woman's lap that I don't think she knew where to begin. And I believe that's the biggest issue: If I had FEWER issues I might be able to, you know, sort through them and deal them out into nice even stacks and look at them objectively. Instead -- it's like the end of Alice Through the Looking-Glass with the cards flying all about, this way and that.

She took FIVE PAGES of notes.

We have agreed that I need to speak to a Substance Abuse Councilor, which is something that became evident this week, during the latest round of the flu or whatever the hell this illness is which has been biting me on the butt for two weeks now (although, once again, and I hope for the final time, I have AT LAST, in the past couple of days, beaten it).

I knew that my heavy drinking was not causing the problem, but I also knew that it couldn't possibly be helping. So I quit. Just like that. "Cold Turkey" as they say.

And that was even worse. Within fifteen hours I had broken out in an all-new fever (having only just got rid of the last one!), I was back on the couch drenched in sweat, and my hands were shaking almost comically, almost like something out of Reefer Madness.

This was not acceptable. I would end up in the hospital again, and believe you me I am never going to allow that to happen ever again! It was not just a humiliating experience on so many levels. It separated me from control over my life, and more importantly it separated me from the only things that made my life worth living: my home and my kitties. I swear to you, even if my appendix is bursting through my body, I will never allow this to happen again.

So I crawled back into the bottle. Three drinks later I was feeling fine. Not drunk, mind you -- just not shaking and not drenched in sweat.

Do I believe that the situation needs to change? You betcha. Who caused it? Me. My new damn doctor wasn't doing anything at all for me, and so I self-medicated to a degree that alarms even myself. I'm still self-medicating. This situation needs to change. So -- as soon as I get the referral, I'll be over to the substance abuse councilor, I promise.

I threw up so many issues into that poor woman's lap and I sobbed and I cried and I even told the joke from Mel Brooks's wonderful film Blazing Saddles:


CLEAVON LITTLE:
You drink like that, and you don't eat?
You gonna DIE!

... and instead of laughing I sobbed like a damn baby.

Of Pigs and Seeds Today was our annual Kid's Character Event at the bookstore, this year featuring Olivia. There is always, always a lot of anxiety for me surrounding this thing: even though we have it down to a science, and one just has to color between the lines to make it happen, still, it's an event that brings several hundreds of people through the store, and the responsibility for making it happen is 100 percent mine.

So, the words that would describe me in the couple of weeks leading up this thing are:

and that's in a GOOD year.

And this was not a good year, oh no. I've been deathly ill, and in the past week I've been metaphorically worked over by my boss with a rubber hose for a crime that I did not know I was committing at the time (although I did commit it), had the police in my living room giving me the third degree until three AM, AND been ordered back into mandatory counseling!

Well, it came and it went and everything turned out OK, although only thanks to a few last-minute heroes who stepped up to the plate to save me. As it turns out, even though the tickets were not flying out the door in the weeks prior to the event, this year it was HUGE, with at least a third more people in attendance than in the past two years. I ran out of cups for lemonade. I ran out of balloons. I sold out of Olivia dolls (at sixteen bucks a pop) within the first thirty-five minutes.

I wished that my boss was there, not just to see how well-recieved Olivia was, but because she is a steadier and calmer hand on the controls than I am, and she might have been able to smooth out some wrinkles.

Because -- it was REALLY BUSY. Not since Clifford the Big Red Dog stopped by the store four years ago have we drawn a crowd like the one we drew today.

Even if I had been feeling well, I'd be tired right now. As it is, soon as I finish typing this I am headed for the couch and a Nice Relaxing Evening that will most likely feature easily prepared frozen food at dinnertime.

Here's one nice thing: I stopped by the stupormarket on the way home, for quat fud and other necessities, and guess what? The seeds were out! It always really cheers me up when the garden seeds appear in the late winter, early spring. It proves to me that Spring is coming. I bought my first two packages of Nasturtium seeds, and it -- along with the simple fact of having the annual Character Event squarely behind me -- really cheered me up!