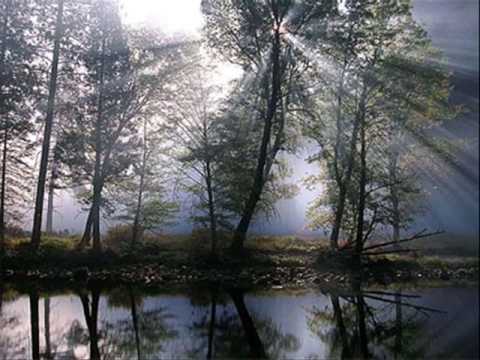 Edvard Grieg wrote a lovely piece of music for his Peer Gynt suite going by that title. I won't say that my morning moods are worthy of that music even now. . . but something is changing.

I've written elsewhere in this blog that mornings have been a black time for me. Often, I have greeted morning with tears, frequently with whining, begging and pleading for the punishment to stop, usually with a mean temper.

It's been different in the last couple of weeks. I've been -- as a friend once said of a solo album by Annie Haslam of Renaissance fame -- "incredibly okay."

I haven't screamed at Spooky. I haven't moaned and whined as I cleaned out the cat tray. I haven't been overcome with despair. I haven't felt the black grip of depression around the base of my spine.

Mind you, I'm still not exactly dancing a jig. But there is a difference, and I have to wonder what is the cause?

Certainly getting the furniture late last week was a big help. And just looking at what I have accomplished, all alone, is a point of growing pride. But that can't be it.

Is it the house itself? With all of its big windows, I get a straight shot of sunlight when I walk into the kitchen every morning, and it's the same in most all of the rooms. Could it be the increased morning light? Could it be the physical size of the place, which is just about right for me: not cramped, and not overwhelmingly large as the old house was, especially after my mother's death and the removal of her collection.

Or is it just that I am slowly moving away from that dark time?

Whatever the reason, it does not come without feelings of guilt. If I am becoming content now, why could it not have happened while Mom was alive? Why did she have to bear the brunt of my moods? Why did she have to die for something good to happen to me? Why should I have peace now? I don't deserve it. I'm not even sure that I want it at that cost. There isn't an hour of the day that I don't think of her, and wish that I had made her last years happier.
Posted by Freder at 12:11 PM

Email ThisBlogThis!Share to TwitterShare to FacebookShare to Pinterest
Labels: grief, regret, starting over, The New Haus