Finally, something worth watching 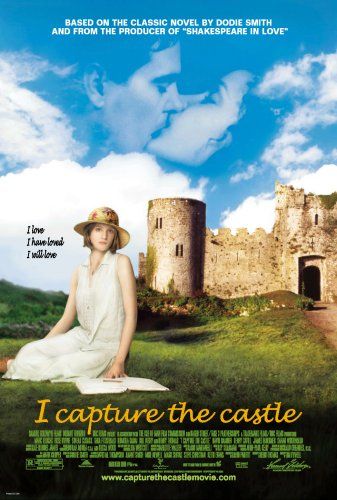 I took last night "off" from moving and stayed at home with the quats. They seemed glad to have me around, and it was a good thing for me, because I got some rest, and had a chance to watch I Capture the Castle, a film based on Dodie Smith's lovely first novel, on DirectTV.

Smith is better known as the author of The One Hundred and One Dalmatians, a book that is every bit as much fun to read as the animated Disney version based upon it is to watch (don't even mention the abominable live-action remake with Glenn Close). Smith, I must say, was an accomplished Romantic, and both of these works are infused with a classical Romanticism (not to be confused with the kind of thing we call "Romance" today) in both style and substance.

The movie of I Capture the Castle is faithful to the content of the book, if not exactly to its structure and words. The screenwriter has changed much of the novel's dialogue, I suppose to expedite the story, but it has the effect of dumbing down the subtleties of the novel, and making the characters seem harsher. I hate it when screenwriters put words into the original author's mouth, for whatever reason, and at first this was as bothersome to me as was Steve Tesich's screenplay for The World According to Garp. . . a ham-fisted adaptation of Irving's novel, and not one of George Roy Hill's better pictures.

But the look of the movie is perfect, and it captures the atmosphere of the novel so well that after a while I started not to mind about the other. At first I had doubts about the casting as well, but was quite quickly won over as I settled into the picture. Although predictable, this was a nice way to spend the evening.

But I have to ask what in hell the MPAA was thinking when they slapped an R rating on this very gentle movie. There is one very necessary and very mild nude scene. That's it. The rest of the picture is tamer than some things I've seen on Masterpiece Theater (the very dreadful and offensive Moll Flanders starring Alex Kingston first comes to mind).

People have been complaining about the ratings system for years, and rightly so -- but I think this goes deeper. This is not, I think, about standards, but about Organized Crime. What kind of payola are Lion's Gate and the other distributors of vile films shoveling into the MPAA's collective pockets in order to get their trash into wide circulation? I have no doubt that it's happening. No reasonable person could put these two eggs (the one white and clean, the other rotten and stinking of filth and degradation) into the same basket.

Readers of this blog know that I often get off the subject. So I'll just end with the words, Dodie Smith, I Capture the Castle. Read and watch.