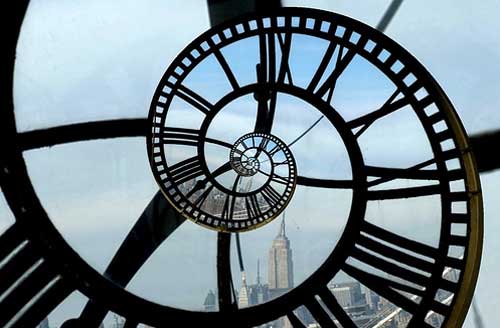 All I could think last night was, how can we really be halfway through President Obama's first (and hopefully not last) term? And that, when we both listened to his first State of the Union Address, I would never have believed that my mother wouldn't be around to hear the second.

I'll digress from the main subject here to say that I felt President Obama knocked another one out of the ballpark last night. Best State of the Union address ever. But it was just a speech. A brilliant one, perhaps, but will it take? Will positive change come out of it? That remains to be seen. It was, I must say, deeply refreshing to see the Democrats and Republicans sitting together, sometimes rising in unison, sometimes in waves, but never in that awful lopsided "one half of us likes this, the other half is going to sit here with frowns on our faces and our arms crossed, glowering" stance that has been the norm in recent years. At least the Republicans gave President Obama the respect that he is due, and didn't shout "Liar!" from the Peanut Gallery, or talk back from the Supreme Court section.

I have been saying the same thing to friends -- and recently to students -- for years now. It's my favorite quote that I ever invented: "Nothing in the first twenty years of your life prepares you for how fast the next twenty go by."

I might add, the decade that follows goes even faster, and as for Twenty-Ten (and Eleven, so far), it's just been a blur of disastrophes flowing by at about a million gallons a minute.

I'm so involved in the move, with no real down time, that January has made that Phhhhhhitt! sound in passing. I missed paying my credit card bill entirely, and was late with the oil bill and the insurance bill and the DirecTV bill and gawd knows what all else. When I got dunning emails from two of those companies, I thought to myself "What? What day is it?"

I thought it was somewhere around the eighteenth. In what I laughingly refer to as the Real World it was the twenty-third.

The fact is, I never even opened the DirecTV bill. I thought I had more time, and one thing I do not have time for is paper mail.

Ten years ago I never dreamed I would type a statement like that. I loved getting paper mail, I loved sending and receiving long letters. I guess if I got mail like that anymore,  I would make the time for it. I did receive a nice card from my Uncle (Mom's brother) and Aunt in Florida. I opened that and it made me happy.

But the rest of it? I don't open a bill until it's time to pay it (that was my mistake with the TV bill: it was the first one, I didn't know the due date), the majority of what remains is Junk Mail, and as for the steady stream of envelopes that I receive from my father, they get scaled into the bill stack unopened as well. I know what it's going to be: either a "Friends and Family" letter in which he will reveal things about me that I don't want revealed to his entire list (a perfect example: at first I did not tell him that I had moved out of the old house, because I didn't want The Wolf to know. When I did tell him, I swore him to secrecy and even said "You can't even put it in a friends and family letter!" -- so of course, that was the first thing that he did), or it will be newspaper clippings on subjects that I'm either not interested in or already know about. I appreciate that he's thinking about me, and I believe that is the message that he's really trying to send, but I don't need to open the envelopes anymore to get that message, especially now with so much on my plate.

It will be February before I know it. I wanted to be completely out of the old house by then. But that is not going to happen.

Just as I was not allowed to take any time off in the month following my mother's death, now, with the move in its last stages and the need to close it off so urgent, I am not being allowed any time off to bring it to completion. In fact, I'm being asked to work six days and extended hours for the next two weeks.

It seems that the big events of my personal life are all coinciding, lately, with the big events at work It is Book Rush coming up, that busy time when the students return to campus and mob the bookstore for one week. My boss wants me here. I can understand that, but would one weekday towards the end be such a horrible thing to give me? It's not merely the emotional and physical stress of the move, but I have to heat that house until I turn in the keys, and it's costing me a small fortune.

I am contractually obliged to be out of that house by the end of February. When I signed that agreement, I thought: No problem! I'll be out before that!

But Time gets past us. It's the real golden rule.

One thing I have decided: I must, in future, make the attempt to use my time in better ways. Blogging has helped. It's given me a focus that I did not have. Many thanks to all those of you out there tolerating it.

One guy I know doesn't have to worry about time getting past him, but he's a fictional character: The Doctor. One of my favorite quotes of all Time is his: