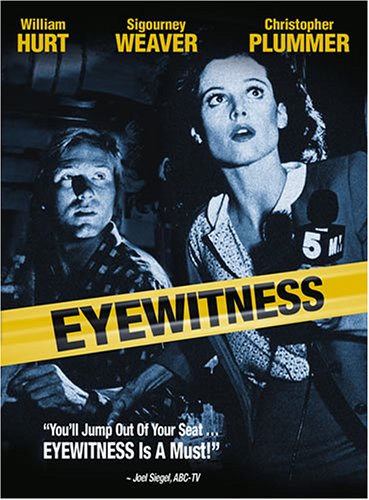 On Wednesday night, before making a run out to the old house, I fed the cats inside and out. Tiger Whitestockings, now quite relaxed, was waiting on the deck steps for her dinner. By the time I left, she had eaten her fill and disappeared, leaving about half a plate of food behind.

When I returned at around nine PM, the plate was clean. Clearly, another cat. One of the neighborhood cats? Or -- ?

Last night when I got home from work, a Tiger Quat was sitting at the bottom of the steps. I thought it was Tiger Whitestockings. But when I got out of the car and approached, she ran away from me, to the other side of the driveway. I heard a meow from under the deck, and Whitestockings came out through her special Secret Entrance. I looked at the cat on the other side of the drive. It was Tiger Grumpyface! -- and she was looking back at me as if to say, "Uh-uh, you ain't getting me in that car again and takin' me someplace I don' know where!"

When I set their dinner out and walked away, she came and ate. Clearly, she and Whitestockings remembered each other.

So -- I'm now marking down the Transplantation of the Outside Quats as a complete success! And the crowd roars!

Last night after dinner I unloaded the car and settled down for what turned out to be a long night of telly. Someone was airing Eyewitness, the 1981 noir thriller starring William Hurt, Sigourney Weaver and Christopher Plummer. I'd never seen it, even though it's been on my list since its original release (that's thirty years! I couldn't get over how young everyone looked!).

It's well directed (by Peter Yates) and shot, in a style that feels fresh compared to contemporary cinema, where absolutely everything is done with computers and everything looks the same. As you might guess from the names, it's well-acted, too. I don't think Sigourney Weaver has ever looked better than she does in this picture, and that's saying something. The plot is fairly conventional, but structured well. And there's a fascinating (if a bit silly) climactic confrontation in a city stable.

But the thing that really lumbers this one is the script. Much of the dialogue ranges from obvious dumb cliches to laughable stupidity. I think my favorite examples of the latter are Morgan Freeman introducing himself as "Lieutenant Black. That should be easy to remember," and  Hurt breaking up with his girlfriend:

"You're just saying that to make me feel better."

This stuff is absolutely cringe-inducing! It's funny that I dumped on  Steve Tesich just the other day in a post on this blog -- and here we have another lousy script from the same guy! I remember seeing him on The Dick Cavett Show around the time Garp was released. Cavett treated him as some kind of a Wunderkind. I think that he can't write his way out of a paper bag. It's sad to see actors of this caliber having to wrap their tongues around lines as terrible as Tesitch gives them.

From there, I sampled a few other shows and gave up on them, before finally settling on something genuinely outrageous.

Sometimes a movie comes along that just offends every sensibility you have. You walk out, or turn it off, and try to forget all about it, if you can. Then, sometimes, a movie comes along that offends every sensibility you have -- and makes you like it! My friend BC said it best in his review of a movie called Trainspotting: "You can't believe what you're looking at, and you can't believe that you're laughing."

By rights, it just shouldn't work. Some of the things I was exposed to last night are just -- just -- wrong! And yet I laughed like crazy, sometimes with my mouth open in astonishment, and when the credits began to roll I had a really big smile on my face. As offensive as the material gets, the damn movie is, well, charming. Elizabeth Banks, an actress I've never seen before, is a big contributor to that charm, but Seth Rogan manages to come across as a sweet, good-hearted entrepreneurial pervert, and the whole cast is quite likable, even when they are doing things that you really don't want to know about.

Kevin Smith wrote and directed, and that's another thing: I never thought I'd have anything good to say about that guy. He is a grotty little man to come up with this thing, but kudos must go out to him for, shall we say, pulling it off. It's . . . ehm . . . definitely not for everyone, but if the idea of a filthy Babes in Arms appeals to you, this is the only ticket in town! Be sure to stay through the closing credits.