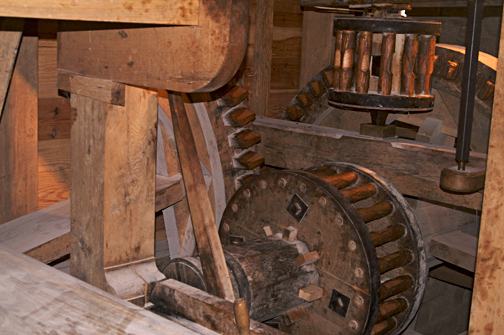 After work last night I sped home, fed the quats, changed into my shlubbing around clothes and drove twenty minutes out to the old house. Tuesday morning is Trash Time out there, and I had five very full bags of garbage that needed to go out. I was there for two hours, packing and loading. I have started on the things in closets and on shelves, mostly books. And, barring maybe a few chairs, I have now moved the last of the furniture that will fit in my car. It is reaching the point where there is less and less there that I actually care about. The house seems a strange and lonely place. Although I still feel an attachment, and feel wistful as I look at it from the outside, it is not home anymore.

My mother's remains are scattered around the grounds. I think about that every time I drive away.

Then it was back out to the All-New, All-Different DuckHaus, where I made dinner, gave the quats a treat, unloaded the car and got a start on unpacking what I'd just packed up.

I opened and emptied the boxes to the accompaniment of the breathless moaning and groaning of the soft-core porn on Cinemax. It wasn't at all arousing. First there would be a perfunctory stab at something that resembled a plot, then five minutes of bumping and grinding with, rather obviously, no connection of any kind between the actors, the same thing over and over with different bodies. So why did I tune in? I don't know. Perhaps in the hope that it would perk me up. Perhaps because I was so tired, and this certainly didn't require much in the way of attention. Perhaps I chose it just for novelty value. Or, perhaps, the masochist in me chose it to rub salt into the loneliness wound. In case you hadn't noticed, I'm not above Creating Drama.

In any case, it didn't work.

I feel badly for the actors, some of whom are at least as talented as, say, Tom Cruise, not that that's saying much. They're all making their run at the same dream, trying to make it in Hollywood, yet this is the only acting job they can get. Do these people ever tell their parents what that big acting job was that they got last week? Do they have boyfriends, girlfriends, wives, husbands? What do they have to say about this line of work?

But perhaps I'm being simple-minded and hypocritical. I've only ever held one job (as a typesetter for the biggest large-print book publisher in the country) that wasn't, at some level, about getting paid to be screwed -- and even then, we all ended up being screwed when the parent company laid off the entire production department and moved our jobs to Michigan.

Eventually, I got so bored with it that I switched to Anderson Cooper on CNN. He was interviewing Michael Moore, who was dumping on the Republicans -- which amounts to a different kind of pornography altogether, and much more entertaining.

My phone service was supposed to begin yesterday -- it didn't. I was looking forward to calling my father and my friend BC. Instead, I have to call the phone company from work and harangue them. Maybe I'll wait a day on that.

I haven't seen Tiger Grumpyface since the afternoon I brought her out. At the old place, it wasn't unusual for her to disappear for a couple of days at a time, but all things being new, it is worrisome. On the other hand, I've done absolutely everything I could for her, and she would be impossible to bring inside. Tiger Whitestockings, on the other hand, seems to be settling down. I see her every night. I see pussycat footprints in the yard and driveway, even up on the deck. She's not cowering anymore, but walking confidently, with her tail held high. I'd like to know where she goes during the day.
Posted by Freder at 2:35 PM