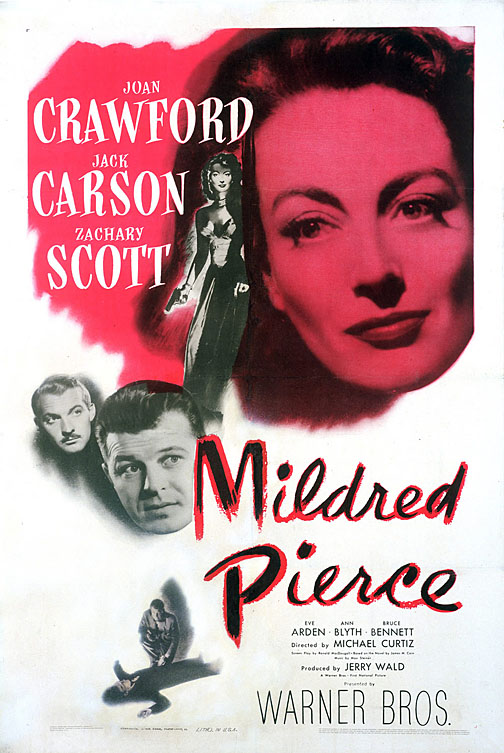 I'm told that Raymond Chandler once made a comment along the lines of "Everything that James M. Cain ever wrote smells like a goat's behind."

As I'm a big fan of Chandler's I took his comment as a word of warning and have steered clear of James M. Cain's works ever since, despite the uncharacteristic harshness of Chandler's words, which might be an indicator of some other feelings. I have my problems with the Noir genre, as I've written before on these pages, and if Chandler thought that it wasn't worth investing time in, that was good enough for me.

I think it's important to distinguish between Noir and Hardboiled Detective. The two genres are not interchangeable, though they bear similar qualities. Chandler, Hammett and Ross MacDonald all wrote hardboiled, while Cain and writers like Charles Willeford, David Goodis and Jim Thomspon wrote Noir. The two styles really could not be more different: in Hardboiled, shrewd men with a code of ethics often take a beating while trying to unravel the sad affairs of others. In Noir, largely stupid and unsympathetic people make one bad decision after another and find their  lives sucked down in a swirling vortex of Trouble as a result.

So Chandler, when making his comment, may have been referring to the specific differences in the two forms, and lamenting the fact that his kind of work sometimes got classified in the same category as Cain's.

Whatever the reason, after watching Mildred Pierce on TCM just now, I am persuaded that Chandler may have been wrong in regards to Cain.

In Mildred Pierce, here we have a strong, intelligent, hard-working woman who doesn't fall into any of the obvious traps, whose life doesn't tumble out of control, not until close to the end, and whose only real misjudgment is to love and indulge her daughter.

This is, easily, the cleverest and most humane Noir story that I've ever encountered, one that doesn't satisfy our expectations, but plays with them. If this is what Cain is capable of, I'm suddenly very much interested in reading him.

Meanwhile, Crawford is magnificent in the title role, richly deserving the Oscar that she won for it. I don't think that she ever looked better, before or since, and I don't think that she ever turned in a better performance than this. She has to walk a pretty fine line to sell the audience on this, by the way, because a lot of us would just slap Midred's daughter Veda into the next century, would just give her the spanking that she so richly deserves; in order for this whole thing to work, we need to feel Mildred's love for her daughter. . . and Crawford makes us feel it. How odd that the Crawford legacy would become so stilted by her own daughter's accounting, and how sad that an actor of this ability would wind up a caricature of herself in foul pictures like Straight-Jacket.

Michael Curtiz's name on a picture is always an indicator that it's worth watching; here, I think he evokes the most perfect Noir atmosphere that I've seen, while getting absolutely everything that he can out of the plot.

"Bruce Bennett" plays MISTER Pierce; Bennet is better known to some of us as Herman Brix, an Olympic swimmer who got his Hollywood start in several of the better Republic serials, especially including Daredevils of the Red Circle, in which he, Charles Quigley and stunt ace David Sharpe all tilted against the villainy of none other than Ming the Merciless himself, Charles Middleton, here playing an escaped convict known only as 39-0-13.

If Republic had ever made a serial based on the Street and Smith pulp hero Doc Savage, Bennett/Brix would have been my choice to play Doc. He had the voice, the looks, the athletics; and in Mildred Pierce he proves that, if he's not John Barrymore, at least he has the chops to be taken seriously in a part that doesn't call for running or (much) punching.

But I digress. Again.

I'm getting a lot of gaps in my education filled lately, thanks to TCM. Mildred Pierce isn't just a great night at the movies. For me, it's proof that you can't always trust everything that comes out of the mouths of your heroes, and that any genre needs to be judged not by its limitations, but by the strengths of its practitioners.

I'mm 99% certain that I have a copy of Double Indemnity kicking around here somewhere. I'm going to have to track that down and acquaint myself first-hand with Mr. Cain.

P.S. Eve Arden is terrific in this picture, too.