All the Pretty Young Things 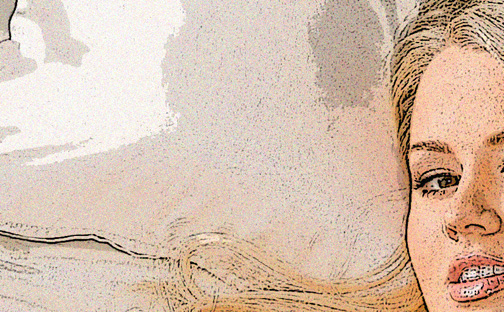 There was an "incident" at my place of work that I am, as an employee, officially not allowed to describe or comment on in any way, even though the details are now public knowledge. But it does give me the opportunity to write obliquely about sex, one that I can't possibly pass up.

I have to wonder why some prominent, otherwise intelligent men -- people like Bill Clinton and Bill Cosby -- are so stupid about sex. Willing to risk everything on a sordid game, when there are a thousand ways to avoid public humiliation (and the humiliation of others, let's not forget) and still, shall we say, have one's needs met.

I am grateful that I have reached a stage of comparative wisdom in my life to the extent that I can say, "Just because I am attracted to someone, doesn't mean that I have to act on it." Especially acting on it the way some of these men do.

I'm also grateful to have learned the difference between attraction and compatibility. I don't believe that you can have one or the other separately. It's got to be both, or nothing. I see literally hundreds of lovely young things every day of my life (and did my boss consider at all the fact that I am a single man when she positioned my workstation at the bottom of a flight of stairs? When she asks me to look up and greet people, does she not realize that young women wear very short skirts indeed and that, by default, the view from my desk does not include their eyes?), and at night, sometimes, I have woken from dreams, in which my subconscious mind has cast certain of them in ways meant to torture me.

But to act on it,  either overtly or furtively, is to me beyond the pale.

It's not the intellectual knowledge that these women are young enough to be my daughters that ultimately puts me off. Age really is relative. Some of these women are far more mature than I am.

What does put me off is that any cultural reference I can possibly make usually elicits a blank stare. There was one young girl, really stunning, exotic -- think of Veronica from the Archie comics, only Indian -- who had never heard of Gilligan's Island. Not that Gilligan is a cultural reference of particular importance -- but how do you explain it and why would I even want to try?

That, and -- sometimes, all right, quite often -- when these women open their mouths they reveal how very young they are. Some of them reveal that they are as dumb as a post. It's hard to be attracted to anyone, no matter how stunning, when they are asking you a question like: "Some of these books have stickers on them that say USED, and others have stickers that say USED SAVES. Is there a difference?"

Well, yes. The difference is that no one with half a brain would ask such a question.

Except as a joke, I don't get flirted with -- there's nothing that they want from me. And I don't do any flirting myself -- that way lies madness.

I can't teach a college course in say, physics or Latin. I can't run the country -- hell, I can barely run my own life! I would say that my I.Q. is probably exceeded by my shoe size. But even though I often lie awake at night with, as Bruce Springsteen wrote in a song, "a freight train running through the middle of my bed," at least I'm not dumb enough to prey on women half my age and younger.