All Those Years Ago 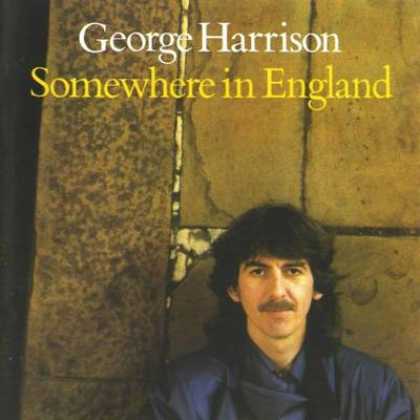 John Lennon was assassinated on my twenty-second birthday. The first words that I heard that morning came from my mother, hollering up the stairs, "John Lennon's been killed."

I had already lost two grandparents by then. My fraternal Grandma Agnes had suffered a stroke years earlier, and died a vegetable in a nursing home with a feeding tube forcing mush down her throat. My fraternal grandfather Adolf had been killed several years later coming out of a Stamp Collector's show. He was hit by a young moron driving down the road with a girl on his lap.

Both of these deaths came to me with a sense of detachment. First there was the physical detachment, in that my family had moved to Maine when I was six years old and since that time I saw my grandparents only when they came to visit, once or twice a year. I was not a part of their deaths, I lived half a continent away from them, and my parents did not even see fit for me to join them at the funerals.

Beyond that, I was just so young. I hadn't begun to ask the big questions; hell fire, I did not even know the words to express the concepts in those big questions. I'm still not sure that I know them. Religion? Up to a point, my family went to church every Sunday. Then, suddenly, we stopped. I know that religion was never anything more than an abstract to me, and my sense is that my parents were starting to feel the same way about it.

When I was very, very young, and we were living in Minnesota, my mother taught Sunday School at (I think) the Lutheran Church. I remember only one particular lesson. She told of how they nailed Jesus to the cross, and I asked, out loud, "Didn't it hurt?"

I was so little that the concept of somebody doing something like that to anyone was unbelievable to me.

Now, all I have to do is turn on the television and hear about what's happening in Mexico and other places, things so horrible that crucifixion seems mildly invasive by comparison.

This is going off on a tangent. Here's where I wanted to go in the first place:

John Lennon was another thing. I believe that Lennon's murder was the first time I started to know at some level that this is real, this is all there is, and it's not permanent, it can be taken away from us at any time, if you leave your house at the wrong time (or even if you don't) you can be snuffed out just like that.

When George Harrison released his memorial song, "All Those Years Ago," I confess that I didn't understand it.  The thoughts and emotions that it expresses are a good deal more complicated than what you encounter in the average pop song, and the deceptively upbeat, bouncy tone of the melody is in one sense misleading. The song is by no means a dirge -- and I suppose that was my problem with it.

I didn't begin to understand the song until I reached the age that George was when he wrote it. The joy of the music and the pain of the words started to come together for me. Harrison's relationship with Lennon was not always the rosiest; that's the way friendships and partnerships are.

Harrison was a much more religious man than I am. As I've written in other posts, I believe it when I can see it, and sometimes not even then. But there's something awfully compelling in the very harsh, angry thought behind the lyrics:


They've forgotten all about God
He's the only reason we exist,
Yet you were the one that they thought was so weird
All those years ago
Now I'm more than a decade older than Lennon was when he was assassinated, and George has been gone an awfully long time, too. Both of them lived significantly shorter lives than anyone in my family.

Shortly after Harrison's death, I believe that I wrote a series of emails to friends, in effect asking: What's going on here? Where has it all gone? Why does it have to be like this?

And he was right. Actions have consequences. The same thing is true with my mother, who shouted up the stairs to me on my birthday that John Lennon had been killed by a madman.

Her death should not have come as such a shock to me. I was paying attention, but I was running away from what I saw. I was pickling my fear and dread in a sea of alcohol. I couldn't face it. I didn't want to know.
Posted by Freder at 10:26 PM