Grief Expands Exponentially in the Universe 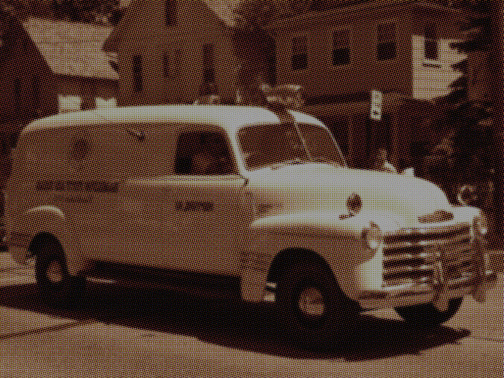 Last night after nine-thirty I finally unloaded the car from Sunday. It was just about the last thing I wanted to do, but, y'know, it wasn't going to unpack itself.

After that I fell asleep on an episode of UFO, and the only reason I mention it is because whenever that happens I know that I'll be wide awake once I get to bed.

So I figured it was going to be a long night, and it was, and that was okay because I puttered around and got some unpacking done that wouldn't have been done otherwise.

Shortly after two AM I was bringing an empty box downstairs, and through the library's bay window I noticed a lot of light in my driveway. I thought, Damn, fool! You left the deck light on again! and went out to shut it off, or so I thought. Actually, I turned it on. All that light was coming from another source.

When I opened the back door, I saw an ambulance parked in my back neighbor's driveway.

I live close enough to the hospital so that I hear the wail of the ambulance virtually on a daily basis, a constant reminder of how vulnerable we all are, and how close we all are to trouble and, potentially, grief. I've had more than enough encounters with ambulances myself. They are good things because they're there to help, but you never want to see one sitting in your own driveway. I feel so strongly about this that I hate even to see one in a neighbor's driveway.

I don't know any of my neighbors, except by their habits, and which rooms of their houses are lit up at night. My neighbor in back is the only one I've seen, a white-haired man who smokes a lot and seems to have a lot of free time on his hands.

I came down the back stairs and stood at the pile of snow at the end of my driveway. The back of the ambulance was closed, and the medics were working inside. The lights were not flashing. It drove off slowly.

My neighbor came out of the house and stood on his porch, smoking in the dark. His car was already running in the driveway. After a short while, a much older woman with a stroller came out, with some difficulty. He opened the porch door for her and they both came slowly down the stairs.

I was sure he had seen me, and he didn't seem surprised when I hollered at him over the snowbank, "Anything I can do to help?"

I said, "Hope it works out all right for you."

That was it. I went back into the house and worked some more until almost three AM. My neighbor's car wasn't in his driveway this morning.

You never want the phone to ring in the middle of the night, and you never want to be the one who has to make that mid-night call. I don't have anything more profound to say than that. I don't hold with people who use the phrase, "sooner or later it happens to all of us" as a sop, as a reason not to grieve.


*
Now here's something funny: I no more than typed that last sentence when I received an email from one of the faculty requesting a book called Tear Soup: A Recipe for Healing After Loss. Its description goes like this:

In this modern-day fable, a woman who has suffered a terrible loss cooks up a special batch of "tear soup," blending the unique ingredients of her life into the grief process. Along the way she dispenses a recipe of sound advice for people who are in mourning or know someone who has suffered a loss.

How odd. I ordered two copies, one for him, and one for the store. I have a feeling that someone, some late night, is going to need it.