The Whitestockings Case, Readying for Winter, and More Navel-Gazing 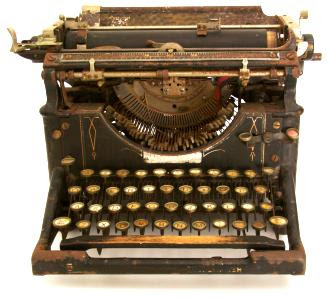 Tiger Whitestockings has decided that there are some virtues and benefits to being an inside cat, especially this time of year. I had to hunt for the longest time, but I finally found her in what my mother used to call the Horse Room: the pickers had piled up a whole bunch of rugs, throws and quilts on top of the sofa, and there she was, snoozing happily, just like the Princess and the Pea.

She’s made a couple of “mistakes,” but that’s not too bad for the amount of time she’s been in the house. I keep showing her the cat trays and hoping that she’s catching on.

The larger problem is that she isn’t even trying to interact with the other cats, has sequestered herself in one end of the house, and won’t even walk through the living room / dining room to get to the kitchen where the food is. For two days, I carried her out there, but that’s got to stop. This morning I tried to force her to walk in there. I know better than this: you don’t force a cat to do anything.

I wish I wasn’t trying this as winter sets in. If she ultimately fails the test, how can I put her out into the cold?

In the meantime, there have been lots of things to do and think about.

I put the yard to bed for the winter: moved aside the big white rocks, carried all the lawn ornaments into the barn, covered the basement doors with a tarp and some bricks, put on one storm door and all the storm windows. This has always a sad time, and this year I can't help but realize that this was the last time I’d ever do this at this house.

It was also another big weekend for laundry, and just eyeing the things in the house, mulling over a moving plan.

I’ve never done this before, can you tell? Any advice appreciated!

I wanted to do some real writing, too -- but, again, that didn’t happen. On at least one level, this blog is not working out the way I had hoped. The habit of writing is coming back, and that is all well and good, but I still feel unable to take on any more significant project.

Not to get all high-flown, but your spirit has to be at ease in order to write anything worthwhile. Mine is not.

I used to be able to simulate a state of ease with alcohol. I wrote very well under the influence of one or two drinks; more than that, not so well.

I have to re-learn how to write sober. It’s not going to be easy. Even with the Prozac, I am never exactly at ease. Ideas need to flow from a place far down in the subconscious swamplands, and the way is barred. I don’t remember my dreams anymore.

It’s probably too much to ask, to just get right back into the swing of things, when I’m in such a complicated transition, literally ending one life and beginning another.

But if I’m ever to know what that new life is going to contain, I’ve got to get busy and discover what it’s going to be made out of.
Posted by Freder at 10:00 AM