All done with wires 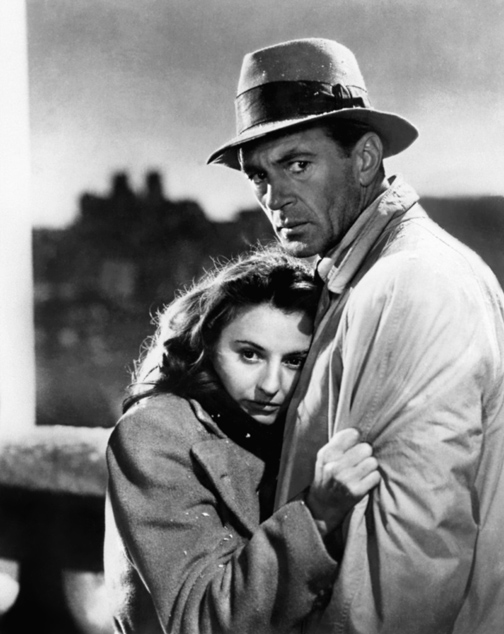 The cinema this weekend was especially good. I'll start with Sunday night, only because this is such a great photo of Cooper and Stanwyck that it had to go at the top. Last night I wanted to write about their faces. Today I see that I don't need to: the picture says it all.

Yup, it was Meet John Doe, a Capra offering that had eluded me until now. It's a pretty hefty slice of cheese -- but, first of all, what's wrong with cheese? I really like the stuff, if it's good cheese like Cooper or Hoffman's Super Sharp, or in this case, Meet John Doe. Second, if you've put cheese on the menu, for heaven's sake, get Frank Capra to direct. He'll hire the best actors and the best photographers, and he'll heat it up just right, leaving you in a warm cheesy glow.

Gary Cooper and Barbara Stanwyck sell this one hard. Cooper runs the gamut from quiet dignity to laconic hayseed to outraged indignity as the man on the wire, while Stanwyck manages the transition from the most persistent and dishonest of reporters to regret and love in a way that actually makes it believable. Her high energy is grounded by his steadiness. But really, everyone in the cast is excellent -- Capra had access to a wonderful stable of character players, and he used them so wisely.

I really didn't know how it was going to end. At a certain point you think to yourself, as Cooper's character undoubtedly does, "Well, he's got to jump now. The choice has been taken away from him." At the same time, you know that it can't end that way -- this is a Frank Capra movie! But the question remains -- how are they going to stop him in a way that still allows them to put the villain in his place? Capra's solution is elegant and -- dare I say it? -- subtle. For Capra, that is. 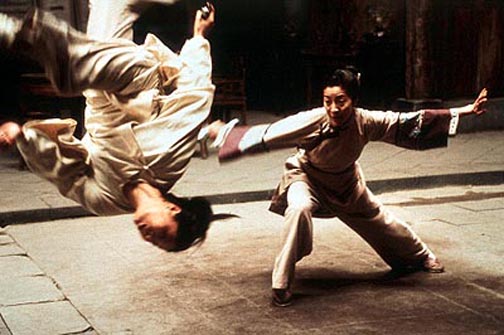 Saturday night was something I've seen many times, but not recently. I just had a hankering to revisit Crouching Tiger, Hidden Dragon. It's not the martial arts action that sends me (although it's beautifully done) -- it's the deep, repressed romance, the emotions that can only be expressed in flight and dance against exotic backdrops. It's not how they're fighting -- it's why and when; it's not about crushing the opponent, it's about wanting something so badly that you won't allow anyone to stand in your way, to ruin your one slim chance at happiness.

This is Shakespeare without the poetry. . . or, rather, with flight in place of poetry.

Some people object to the flying, but for me it's a central element of the drama. It even develops the characters: flying comes as an effort to Shu Lien, as a game to Jen, and as Peace to Li Mu Bai.

I must say that Michele Yeoh is a Goddess. There are popular actresses working today who are not as accomplished at their craft as Ms. Yeoh -- and they can't do any of the other things that she can.