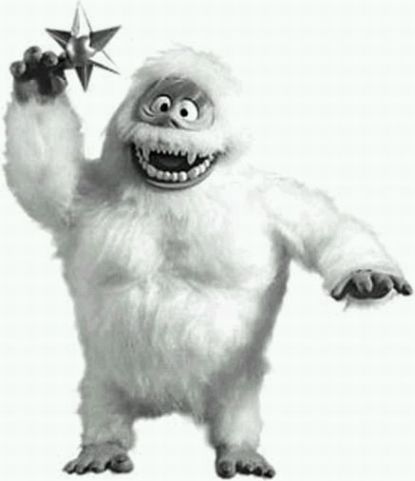 It was not a good Halloween, but Halloween had a good one on me.

I woke to a heavy snowstorm blanketing the yard. It ended by 11:30 and melted away shortly after, but it's the principle of the thing, damn it! Snow on  Halloween day! Another punch in the face.

This was going to be my day for me -- some time to get a few things done, but also some time to write: not just emails or the blog, I wanted to start in a small way on completing a short story that has been sitting on my computer desktop for a year.

It didn't happen. Phone calls, emails, chores that took longer than they should have. I was just sitting down to warm up by doing a blog post when my sister turned up in the yard.

She wanted to go through Mom's clothes. I felt like telling her that she'd had her chance. But I figured that letting her do this would get it out of the way, and then I would never have to see her again.

The whole time she was going through the clothing, she kept asking me when I was going to move. I kept answering "I don't know." Because nothing is final yet and I'm not packing one box until I have a completed deal. And then I am going to move at my own pace. I am tired of being pushed on every damn thing.

She asked if I'd spoken to my neighbors about selling the place. I said no, and for the same reasons. I don't want to have the place sold out from under me when I have nowhere else to go.

She seemed unwilling to accept this answer and started pushing me again to go down there and speak to them. I said I didn't want to. She said, "I know R____, really well, I'll go down and talk to him. Do you want to come with me?"

I gave up at that point. I just wanted her gone. I started helping her load just so that she would go away, let me have what remained of my Sunday, and the next time, if there was one, it would be easier to control the situation just by not letting her in.

It must have been three-thirty or later when she finally left. I breathed a sigh of relief, and started to try to pick up where I'd left off. I had a load of laundry in the washer and a VHS that had finished duping, so I set about shutting down those operations for the day.

She hadn't been gone ten minutes when there was a knock at my door.

It was her again. She hollered in at me, "R____ wants to see the house, it's his step-son that's interested and they're leaving for California tomorrow!"

I couldn't believe it. I started cleaning up. My sister hollered in at me to get the keys to the barn. She started going through my key rack. "Which one of these is the right one?"

"None of them," I said. In truth, the keys on that rack (which my mother made many years ago) are for decorative purposes only.

There were two men standing in my yard. One of them introduced himself as the step-son.

They walked through the barns and then they came into the house, Claudia leading the way, giving them a hard-sell sales pitch the whole way, never shutting up. They went into my mother's room. They went down the basement and into the outrooms. Claudia said nothing about the window I'd boarded up after she broke it entering the house illegally.

When she entered the living room she saw the head of the lion costume and said, "Oh, there's my lion costume! -- Ours!"

It never was hers or ours. It belonged to our mother. She merely let us use it once in a while (usually with reluctance!). It's not mine even now. I'm just its caretaker. That means I have to protect it from my sister.

She didn't remember half of the things that Mom had made, just as she hadn't remembered her own WAC costume from her childhood when we found it in Mom's closet. But she kept saying "Our mother made most of this stuff!" to the men as if it meant something to her.

They went upstairs and looked in all the bedrooms. When they looked in what had once been Claudia's bedroom, but which has been an extra room for me now many years, I heard Claudia exclaim, "Oh, you saved my old desk! My desk! Hmmm, I wonder what I could do with it. How could I use it?"

I thought: It hasn't been your desk for thirty-five years, you bitch. Now it's coming with me, or it's going to the auction house.

When they were done, Claudia took them down through the back field to see the pond, and I stood just behind the closed door and sobbed.

But I wasn't rid of them yet. Ten minutes later I saw them in the front yard, all talking. They went out into the driveway and talked some more. I kept going back to the window and finding them still there and thinking to myself, Why don't they go?

After what must have been twenty minutes I saw them coming back to the door.

I made the mistake of opening it. The guys were very polite and friendly, and I suddenly realized that they were a gay couple.

Email ThisBlogThis!Share to TwitterShare to FacebookShare to Pinterest
Labels: Halloween, starting over, the wolf