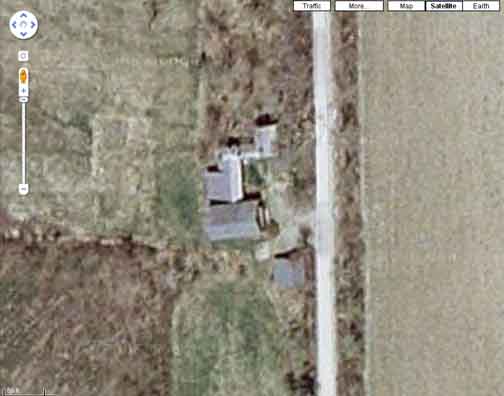 It doesn't look like much from the air. And the photo was not taken during a green season. This has been my home for almost 35 years. Under the Purchase Agreement that I signed on Monday night, I have the right to stay until June (in fact, the new owners would prefer it if I could stay that long. They cannot take occupancy until that time, and would have to drain the place if I wasn't there). Then, ready or not, I have to leave forever.

My head tells me that it's for the best. I do not have the resources or abilities to restore the house to its former condition, and it makes little sense to sink money from the estate into it, money that we most likely could not get back out. It's too much house for me, clearly. We always said that it needed the efforts of more than one person, and I've been doing it essentially alone now for more than five years while my mother gradually failed and faded away.

The new owners can bring everything to the place that I can not. They're decent people and big Disney fans -- so Mom would like them.

But I'm so tired of saying good-bye. It seems as if this year has been about nothing else.
Posted by Freder at 11:17 AM