A View of some views worth viewing 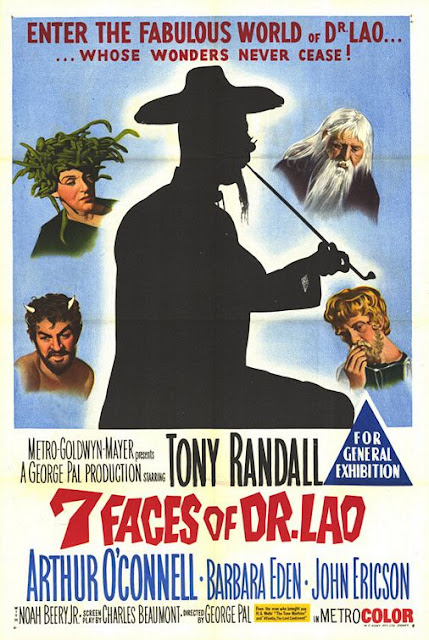 It's Friday; and I am feeling lazy. Too lazy to write a new post on any of the popular topics I have before me. Instead, I will share with you a few of the mini-reviews that I have posted over at Criticker, where my handle is Freder -- same as here! These are some of my all-time favorite films. I don't include cast lists or years or runtimes or directors. That would be too much work.
OLIVER
Not just a great movie musical (and one of the last of its breed), but the best Dickens film, even though (perhaps because) it strays from the book. One of those wonderfully immersive movies where you feel like you're inside it. Terrific cast all up and down. A real joy. Freder watches this every winter and never gets tired of it. Wanted to be the Artful Dodger as a kid, but sadly was more like young Master Twist.
GODSPELL
David Greene somehow took an unfilmable off-Broadway musical and refashioned it into something wholly cinematic. It's SO not about religion; rather, it's about the ways in which old stories can be made new, about the creation of a family, and much more. A great personality test, too!
THEY MIGHT BE GIANTS
One of Freder's favorite movies, for its whole-hearted embrace of all people eccentric and odd, for its charm and unlikely romance, for the lovely performances from a top flight cast, and for its very daring ending, in which we witness nothing less than the triumph of imagination over reality. I'm not saying it's a great, or even a necessarily well-made movie: but I love it unreservedly.
AMALIE
Many viewers seem to dismiss Amalie as being "perky" and "cute," but they are missing the point: Amalie is really BUGS BUNNY! OK, a female, French Bugs Bunny! She even has her Elmer Fudd in the person of the food stand owner, and stops just short of saying "Of course you realize this means war!" There's real grit and edge in a little girl who climbs onto a neighbor's roof and disconnects his TV antenna at strategic moments. . . sure she's cute, but she's also a vewy wascawwy wabbit!
THE ASSASSINATION BUREAU
Utterly charming, beautifully designed romantic comedy about murder and death has intrepid "reporter" Rigg infiltrating a murderous organization just as a power struggle flares up within the company. Coincidence? I don't think so. Young people will find this dated, but it was dated even in its time and that's part of the fun. Oliver Reed playing a romantic lead? It works. Terrific stuff.
MR. HULOT'S HOLIDAY
A return to the styles of silent comedy. Subtle and delightful, as good as a real vacation. Mr. Hulot is both a tribute to the great silent clowns, and a delightful clown in his own right, whose heroism lies not in derring-do but in quiet nobility. Watch this movie and gain some new friends.
BABES IN TOYLAND (a.k.a. MARCH OF THE WOODEN SOLDIERS)
Far and away the best of Laurel and Hardy's operetta movies, and one of their best all around. The boys annoy each other to great effect and make great Unlikely Heroes, while the romantic leads are not too obnoxious, and the boogeymen are really scary! A winner all around. Trivia: Henry Brandon (Barnaby) also played the title character in a the 15-part Republic serial Drums of Fu Manchu, and the Indian Chief Scar in The Searchers.
7 FACES OF DR. LAO
One of Freder's top 25 favorites, a real American fantasy that works on about as many levels as the viewer will allow. Some will dismiss this as "twee." but pooey on them. Tony Randall has a lot of fun, and receives great support from the rest of the cast (this was made in the day when we still had supporting actors). The entire film is wonderfully atmospheric and we even get some cool monster animation from Jim Danforth. Wait for me, Dr. Lao. I can do it.
HARVEY
Probably not as fine as the original stage production must have been -- but why quibble? A breezy walk into the land of delight where, finally, the rules of small insipid people and their small insipid views of reality do not apply. Stewart's defining screen role.
THE STUNT MAN
A great, ultimately good-natured mindfuck of a movie, all about life, love, identity, courage, fear and the creative process. I call this Peter O'Toole's second greatest screen role, after Lawrence.
BLACK NARCISSUS
Moody and beautiful and full of passions under-and-unstated (as well as some that are given spectacular rein). Smashingly designed and directed, with expertly calculated performances from all the cast. From the makers of The Red Shoes, an equally beautiful and emotion-stirring film.
Oh, I could go along cutting and pasting like this all day, but I suppose I really should do some work while I'm at work. . .
--Freder
Posted by Freder at 1:14 PM