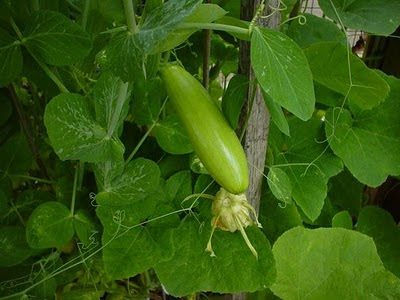 Saturday afternoon I was summoned to another lunch at my father’s house.

It was easier than the first time, but there were still the disconnects that my father and his wife don’t even seem aware of.

They had made the offer of their upstairs rooms as storage space for some of my things. I wrestled with that, decided that I wasn’t ready to start moving out -- then on Friday night I kind of told myself “You have to start sometime,” and with the fortitude of a couple of drinks inside me I carried six boxes of my comics collection out of the house and loaded them in the car. Then I packed up all of the original art for my two web comics and put all that in, too.

But when I arrived on Saturday the driveway was being blacktopped. It was impossible to park anywhere near the house. I would have had to carry all that stuff the distance of about two blocks. So I left it in the car, never mentioned it, and carried it all (except for the art) back into my house when I got home.

It’s probably just as well. With a self-storage unit I can access whatever I choose to store any time I need to; this would not be the case with anything I stowed in my father’s house.

I arrived when I was told to, at 11:00 o’clock, and my father wasn’t even home. His wife greeted me as if I had surprised her. It was an awkward ten minutes before he returned to the house. His wife speaks in monologues just like him. I suppose she was nervous.

We looked at the prints I’d had done of some of the 2,000-plus pictures that I’ve taken around the house. I need to make more. They turned out so well, much better than I expected from a dippy little $50 digital camera.

As he looked over the pictures, my father could not stop obsessing over the painting that my mother sold some time after they divorced. “That’s the wall where ‘Twins in Green’ used to hang,” he said, whether he was looking at a picture of the wall or not. He said it four times. It hadn’t been his painting for a long time when she sold it.

Lunch was Salmon, which I dislike, and potatoes and something called Korean Squash.

My understanding was that the reason they wanted me there at 11:00 (early for me on a Saturday; they live a little under an hour’s drive away from me) was so that my father could take me out car shopping in the afternoon. This, too, never developed. I was just as well pleased at that. I want to choose my own car in my own way on my own time.

Every year they buy season tickets at the B_________ Music Theater. They take a Sunday every month, drive down there with their friend Henry (I have heard so much about friend Henry that I don’t want to hear any more about friend Henry. I think dad has kind of a guy-crush on him), have lunch, take in a show, and stop for ice cream on the way home.

Next year, they want to co-opt my Sundays and for me to come along. This was presented to me in the form of a non-negotiable demand.

I do not like having my Sundays co-opted like that, especially, as I told them, since I don’t even know what my life will be like next year. I do not even know where I’ll be living next year. In any case, I don’t want to go to the theater, any theater, at least not with them. It just depresses me.

My father insisted that I take a POPPY OTT book that I already own, and a flyer about a space heater that he wants me to buy, and some legislation notes about town taxes that I most likely will never read. It’s typical of dad that, at a time when I have been working hard to clear my life of excess and valueless paper, he gives me more.

His wife gave me six bags of frozen pureed broccoli, and told me how to add cream or milk to make it into a soup. I was a little concerned about fitting it into my freezer, but I did get it all in there somehow.

She gave me a cooking appliance that she’d bought two of from one of those infomercials. She showed me how to cook fish in it, and described how to make an omelet. She is well-meaning and I’m not ungrateful for the gesture, but I will probably stick with my skillet.

It ended when my father declared that he had to leave the house again to buy a wheel for his wife’s wheelbarrow.

We walked out to where the cars were parked. He never stopped talking the whole way.

I know that they are just trying to help, and I don’t wish to be disrespectful of their feelings. But how much do they actually respect mine? At this moment in history, I need to be in control of the process of remaking my life. Every time I am with them I can feel that control being ripped out of my hands.
Posted by Freder at 1:28 PM

Email ThisBlogThis!Share to TwitterShare to FacebookShare to Pinterest
Labels: Dad, starting over, the collection