The plunderers are coming. . . 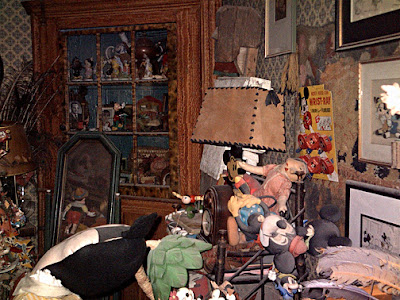 The blows keep coming, fast and furious. On Friday I heard from the state police: as I suspected, they aren’t going to do anything about my sister’s thefts. And on Saturday I received the proposal from the Auction House.

They want to start ASAP, which I interpret as sometime within the next two or three weeks.

They plan on clearing the whole place out over a period of three days.

Although I knew it was going to be like this, seeing it in hard type was upsetting, to say the least.

I'll be left with a few sticks of furniture and some modern stuff that no one wants, yard-sale stuff, and a big empty mausoleum with just me and the cats to face the winter.

I won¹t even have a desk in my study. In fact, I have to clear all my stuff out (and off) of it so that they can take it out.

I know that it needs to be done, but I'm so not ready. A friend asked, would I be ready next year? No. But it would make the winter easier.

I have always hated and dreaded that terrible season. How bad will it be, alone in a big cold empty house? I don’t think there’s enough Prozac in the world to cover that prospect.

I would move somewhere else, but what to do about the outside cats?
Posted by Freder at 10:28 AM