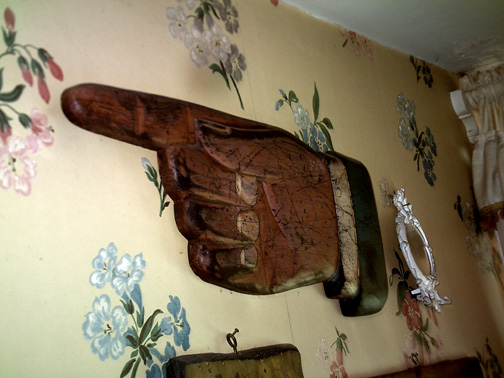 Soon I will be free as a bird. I will be able to move anywhere, do anything I want to do.

I have to start thinking along those lines.

Staying in the house is not sustainable unless the situation evolves in one of two or three directions.

One solution would be for me to follow in my mother's footsteps and enter the antiques trade myself, gradually dissolving the estate in a way that was not too painful while still allowing me the time to search for other employment on the side.

I thought about that for maybe five minutes. The antiques trade is not for me. Of course nothing is certain, but this game is more uncertain than most. You can work your tail off in dire conditions and still lose money.

Another solution is to start one (or more) of the businesses that I've been noodling on and run them from the house. My mother and I discussed turning the field beside the Barn into a real old-fashioned German style outdoors craft and antiques market with a Christmas theme. It would be harder to do without the field across the street to use as a parking lot, but it could still be done. At the same time, I had a notion about using the back field and the field beside the house for a Halloween-themed Spook Attraction. The tour would end out in front of the house, where there would be a kiosk selling comics and other gifty items tied to the attraction (I called it "The Shadow Lands" and had a full layout in my head, along with ambitious plans for expansion over time), and there would be a food service out in front of the barn. Over time, both barns would be restored and remade into additional attractions.

Then there’s the publishing business that I wanted to start up with the ex-Thorndike Press gang, using the successful Thorndike Press model. When they all moved away from it (investment money not growing on trees, and no one wishing, understandably, to stake their future) I transformed the concept into something called "Black Street Books," which would have specialized in genre fiction with an emphasis on series titles produced on the Stratemeyer Syndicate model. I have a business plan partially written.

None of these ideas are incompatible -- and they go in a direction that I actually could actually get some enjoyment or fulfillment from.

But I’m a lousy business man, and these are large projects that would require the help of others. No one, least of all myself, has any confidence in my ability to make even the smallest of these things happen.

My attempts to launch a simple web-based business were a dismal failure.

The only thing I know for certain is that I have to find a new purpose in life, and that purpose can not be the college bookstore.

It’s time to start a job search that includes the whole country, not just my current neck of the woods.

Email ThisBlogThis!Share to TwitterShare to FacebookShare to Pinterest
Labels: books, starting over, the collection