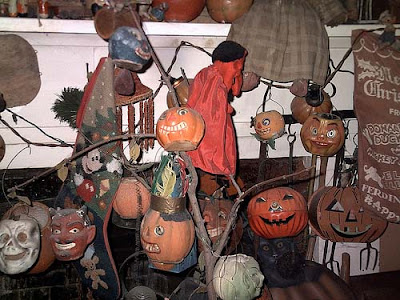 The business of removing the things that belong to me out of the main part of the house is mostly done, that is, insofar as I am willing to go.
I'm not going to pull the computer out of the office, or clear the desk of my books and papers, I¹m not going to take the television and DVD players out of the kitchen, after all I do still live here and I have to be able to function as normal.
But most everything else, the books that were mine, a few puppets that I played with as a kid, a Steiff clown that was mine, things that I bought or was given -- most of that is now in my rooms.
It's getting crowded.
[Note to self: don't forget Pierre the Bear, or the Steiff Snowman puppet. They're yours, too.]
To make room for all of this meant clearing out my walk-in closet that has not been walk-inable for some time. Thanks to the VHS project that has opened up lots of shelf space in my bedroom, I was able to move all the DVDs in the closet out to other places.
But there were things that just had to go. Three enormous boxes of the comic book that I self-published way back in the early '80s had to be taken out. They are sitting in the barn right now, awaiting a judgment on their fate. I do not know if Goodwill would take them. If not, the only other option is for the recycling man to carry them away forever. There's the fruit of another dream going down the drain.
Like my mother, I had piles and boxes of magazines and newspapers, and it was time to give myself the same treatment I¹d given her in the kitchen. All my old MacAddict magazines, all my old issues of The Buyer¹s Guide for Comic Fandom (later morphed into The Comics Buyers Guide when it was bought out by Krause), catalogs and many other things of equal status, all had to go.
This time it was eight big, heavy garbage bags full.
When it was done I could walk into my closet again, and I had room for my things from the house.
I have also started choosing some artifacts from the estate that I cannot bear to part with. For the most part, these are not so much valuable as they are important memories to me. A set of oversized Babar books, and a doll of Babar as Father Christmas that I gave her as a present. A small, modern Mickey mouse figurine in Halloween gear. Her very new Sock Monkey Jack-in-the-Box. A couple of fanciful figures that she bought from Dollmasters. A Mickey Mouse soft car that I gave her for her birthday years ago -- she laughed and laughed. A Popeye lamp. A Halloween lantern and some other cheap Halloween things that we shopped for together in the last years of her life -- Halloween was always a fun time for us, more on that later.
These things and my own are slowly mixing together in my closet. They will go with me wherever I go from here.
But it's all come with a price. I was doing well emotionally until the last meeting with my lawyer. Reality is coming to Wonderland, and the two things are mutually exclusive.
Lately, I find myself crying all the time.
Posted by Freder at 12:12 PM