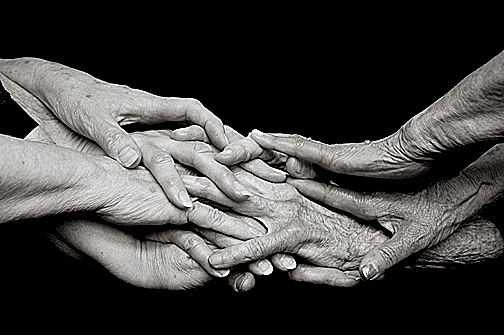 Like the hands of someone who has been around the block many more times than I wish I have actually been.

Like the hands of someone very much older than the rest of me looks, at least I think, maybe, thank goodness.

... look like my paternal grandfather's hands, and heaven knows he did more honest work with his than I ever did with mine.

Except sometimes, when I look at my hands, and think of everything that's happened,

And everything that's changed

And everything that's gone.

Walpurgis night is about the seasons, and the seasons are about things falling away --

In my own hands, finger hugs finger trying to hang on to what the seasons take away.

Painfully dry cracks ready to spurt blood onto the checks that I write.

"I'll write you another," I said

Until I realized that I had run out of checks.
Posted by Freder at 11:08 PM