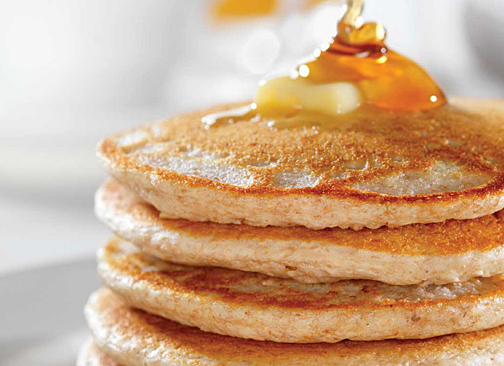 Unfortunately, I could not cook pancakes to save my soul. The two times that I tried, I botched it so miserably and made a mess of everything and ended up in tears. It was one of those things that confirmed to me that I destroy everything I touch.

[This is why a part of me welcomes the realization that I have Asperger's, because it explains so much, while at the same time I hate it, because it confirms that I really am everything that I felt I was]

So, we ended up eating breakfast as much as two or three times a month at Friendly's, just about the only place in this town where you can get pancakes for breakfast.

Pancakes made her happy. Making her happy made me happy.

Just now, I was really set off by a commercial on TV for Friendly's. All they had to do was show the logo and I was off.

I'll never eat there again. Me, I'm more a French Toast kind of person, and I can actually cook French Toast without bringing destruction down around me.

We're rapidly coming up on a couple of rough landmarks here. May 2 will be her first birthday where she's not around to enjoy it. And just two weeks after that, she was dead. I never dreamed on May 2 that by May 16 it would all be over.

Except that it wasn't over -- it was just beginning. While I stumbled about in a drunken haze of despair, my sister began her systematic efforts to completely disassemble my life right out from underneath me. I was living in an illusion, trying to plaster over everything that was falling apart around me. Literally nailing boards over the windows that my sister broke so that she could steal from the estate, from me, from herself. Mom's death yanked the whole rug of my life right out from under me.

It's important to note that it's slowly getting better.

But every once in a while a Friendly's commercial comes along, and peels the scab clean away.


*
The books that I ordered arrived today: The Complete Guide to Asperger's Syndrome, by Tony Atwood, and Asperger Syndrome and Anxiety: A Guide to Successful Stress Management, by Nick Dubin. I've already started reading the former, while dinner was in the oven.

I am coming to realize that the anxiety and depression that I always thought were the causes of my other behaviours are in fact only symptoms of the larger cause.

I feel just as if a previously undiscovered skeleton key has been slipped into my brain, and the lock has finally tumbled, and answers are pouring out through an opening that never existed before.
Posted by Freder at 9:53 PM