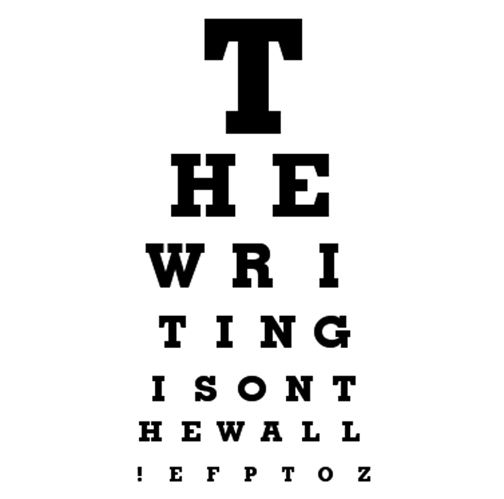 I barely know any of them, have only lived here three and a half months, yet I already have bones to pick with all of my neighbors.

My east-side neighbor looks like a Nazi. He's definitely at type A personality. He has extensive gardens in his back yard, and is building a garage (apparently, all by himself) on a parcel of land that used to go with my house. His gardening style is particularly Aryan. He doesn't tend his garden, he attacks it, as if it were the enemy. He never gets down on his knees, but stands and really puts his back into it, stabbing with a pitchfork. He might as well be bayonetting the ground. The other morning I spotted him in a patch of wild, wooded ground that I thought still went with my house. I could be wrong. He was attacking the trees with a gigantic set of pincers, snapping off all the lower branches as far as he could reach, and also snapping at any shrubbery that was growing from the ground. I wanted to holler at him, "Stop it! You're turning a nice wild area into something tame!"

But I held my tongue. Direct confrontation is something I've always had trouble with.

The next time I saw him, he was stalking around his new garage-in-progess with a tool belt around his waist, driving screws into door and windowframes. I wanted to say to him, instead of doing that, why don't you use some of that Germanic energy to get up off your butt and put some siding on that eyesore? Even the backside of his house has bare unsided walls. Let your poor garden grow and do something to beautify the community, Kaspar!

Worse are my Western neighbors. To use the terminology of my new Mutant Brethren, they are obvious neurotypicals. Normal People with a capital "Nor!"

They're so damn friendly, and they love to make small talk. Over Easter weekend I was working in my yard, minding my own bidniss, when I was hailed -- by name -- from their porch.

I've met them twice and I can't remember their names. I'm no good at that.

It was the woman of the house. I would have been perfectly happy with a wave and a "Nice day, isn't it?"

But no. Every time I see these folks we have to stand around and talk about nothing at all. Before I knew it, her husband came out to join in. Then her mother came out.

I do not know how to interact with these people. We must have "talked" for ten minutes and none of it was worth saying. They said that if they had known I was alone, they would have invited me to Easter dinner.

No, no, no, no, no, NO! Easter dinner with people I know only from two casual meetings-in-passing? Talk about a stranger in a strange land! Just because we, by chance, live next to each other does not make us intimate. Leave me alone!


"That's a lot of house for just one guy," quoth the husband. That's getting into the realm of too personal a comment for someone that I don't know at all.

Worse yet, are my Northern neighbors. It was this family that had the medical emergency a while back. The father came through it all right, and I'm glad for them. In fact, I really had nothing against these people -- a casual hello here and there, they minded their business and I minded mine.

Until yesterday, when I saw that they had chopped down one of the lilac trees that separated their yard from mine. I would have sworn that it was my lilac bush -- but let's assume that it was on their property line . . . I certainly don't know for certain where it falls.

Even so -- why would anyone cut down a perfectly good little lilac tree that was just starting to send out some leaves for the spring? Especially when it was one of the very few things that was shielding you from your neighbor?

I just don't get such a random act of cruelty. I regard lilac bushes as one of the better things in life. Anyone who would maliciously chop one down like that needs a punch in the snoot.

Everyone kept a low profile during the winter, but now the fur is starting to fly!

My neighbors had better start to Shape Up and Fly Right, lest they set off the notorious ire and Ill Will of the Amazing Aspergian Boy!

Email ThisBlogThis!Share to TwitterShare to FacebookShare to Pinterest
Labels: rants, starting over, The New Haus