The Map of Heaven and Hell 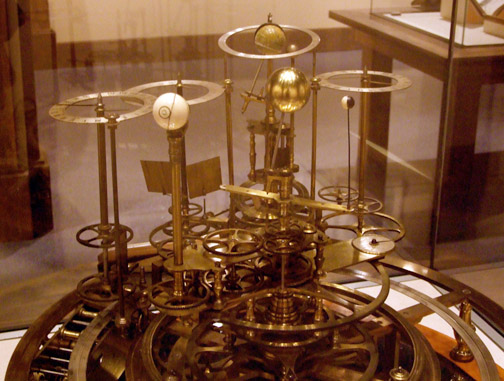 I don't seem to be able to read in the great voracious chunks that used to be my norm. It's up for debate whether this was done to me by the information age, or by the stresses and distractions of the last seven years, or by the effects of alcoholism. Perhaps it's all of the above plus something else I'm not considering.

I sometimes think that, at least insofar as novels are concerned, there's a little childish jealousy to blame: "If you won't let me on the playground, I'm not gonna play with you!"-- logic that is flawed to say the least.

Whatever the reason, my reading experience lately consists of dipping into a book's pages at random, grazing on a page or a paragraph or two, perhaps flipping backwards and forwards through the text, developing a general impression. Then the book gets put down. Sometimes it never gets picked up again.

The Swedenborg I ordered, Heaven and Hell, is a fascinating volume, but probably not one that lends itself to that kind of approach. I started on the contents page and then turned immediately to the section about death.

Swedenborg claims to have visited both heaven and hell on a regular basis, and, you know, to somehow have gotten back alive. He claims to have spoken to the angels. I just want to know what kind of mushrooms he had for dinner that night!

Heaven, he says, is just like here. If that's the case, then I want no part of it!

Kidding aside, the thing that I really cannot swallow is the same thing that I can't abide about all the established religions: the insistence that you have to believe what we tell you to believe, or you don't get to go to heaven. In Swedenborg's cosmology, I will be stuck with the materialists, or worse.

I can't abide a segregationist Heaven, no matter which group is defining it. I had an amusing picture in my head of a cosmology of Multiple Heavens, each one like an old-fashioned, Private Gentleman's Club, Positively no Jews, no Muslims, no Atheists, Buddhists, Agnostics, Christians allowed. It seems that we cannot even Play Nice in the afterlife.

Also, the concept of Heaven as a cookie makes little sense to me, something to dangle in front of the parishioners, be nice and you get the eat the cookie, have impure thoughts and you'll burn forever. I can't believe a Supreme Being thinks like that. Only people think like that. People who want to control the behaviors of other people. "Stop playing with yourself, Davey, or you'll go to Hell!"

I have wondered, several times, at what point did  my mother know that she was dying?

It wasn't that evening, in the Emergency Room. She actually joked with me there, through the pain, "I guess we have to take this seriously from now on," meaning the spells of chest pain that she'd been having on and off for several years.

By the next morning she could speak only with difficulty. We were told that if her heart didn't start to work by Sunday morning, she would go quickly from there.

She never made it that far. She was gone by 1:00 AM. I wasn't with her when she went. For that alone I am probably going to hell.

When did she know, and how did she face that knowledge? Did she see the tunnel of light? Did she get the promised reunion with Grandma and Grandpa before the tunnel closed, and snuffed her out forever?

That part of it is something I can believe in, because it doesn't carry the conditions of faith: it may not be a supernatural experience at all, but a function of the brain. I hope she at least got that, before the end.

By the time I got there, her body was already turning to stone. There was still some warmth in her hand, but from the shoulders up she was as stiff as a statue. Her mouth was open and I was afraid to touch her to try and close it. The next time I held her hand, it had gone noticeably colder, so much so that I recoiled and mentioned it to the nurse, who only nodded. It was as if death was passing down through her body, from head to toes.

I said, "Oh, momma," for just the first of many, many times. I was in such a state that I didn't even think to ask the nurse if there had been any last words. Now I'll never know. Her last words to me were, "Bring them in."


*
While working in the store this afternoon I poked a little bit into Joan Didion's The Year of Magical Thinking. Much of what I saw there rang true for me. The not wanting to change anything, the anger that I felt at people coming into my house and taking things away.

I should try to read it more closely. But I know what will happen.

Apropos to nothing, but speaking of cosmology, this is an interesting creation:

http://www.youtube.com/watch?v=17jymDn0W6U&feature=player_embedded
Posted by Freder at 2:20 PM