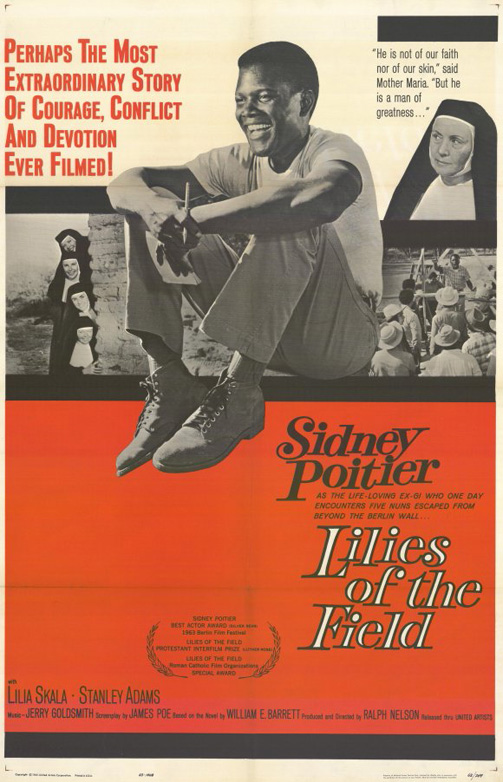 Lilies of the Field is a cute, fun movie. . . but I can't help but feel that I would have enjoyed it much more  if I had seen it thirty years ago.

As it is -- the set-up relies on the piling up of coincidences, and once you've seen the set-up, if you've seen many movies at all, you know exactly where this one is going to go.

To my mind it's poorly directed, but it's beautifully shot and acted, and I was enjoying myself. On the other hand, I had errands to run, and wasn't suffering from any delusion that there would be a twist somewhere along the way. . . so -- maybe I'll finish it off the next time TCM airs it.

Inexplicably, I did sit through every dumb minute of Ghost Rider tonight. It's not the worst comic book movie ever made (although it makes Howard the Duck look like A Midsummer Night's Dream), but that's not me calling it good.

There are some good bits, I guess, but they don't amount to anything. I agree with my friend BC that they spend a lot of time building up the Old West version of the character, only to have him ride off into the sunset just when he could have been making himself useful. But that's Hollywood for you: The world belongs to the young, and God Forbid you had any of those Upitty Old People thinking that they were still good for something. . .

. . . and so on. Cage is really bad in this movie, almost a parody of himself.

So why did I sit through every frame of Ghost Rider while walking away from Lilies of the Field?

I guess that I'm morbidly fascinated by failure. That, and the chick was hot. It had a good beat. I could dance to it.