Somewhat more calm, no less angry, in need of moving on. . . 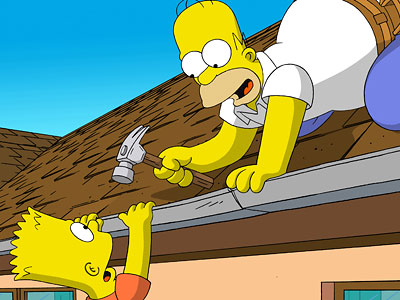 While casting around for some images of Bad Dads on the internet, I found this quite funny British blog post:

So that made me smile a little bit. There hasn't been much of that going on at my place over the past couple of days.

Instead, I've been stewing in hatred, restless, unable to focus, gnawing on the bone of my father's latest betrayal, angry at myself for ever thinking that, just perhaps, he might have grown a vestigial sense of personal responsibility in recent years.

That he hasn't, and I fell into my own trap, that's my fault.

It didn't help matters that he sent he sent me three emails, one of them labeled "humble apology," and there wasn't anything humble or apologetic about any of them. Instead, it was the same old self-justifying crap that he always does, the same crap he pulled on mom all those years ago when he justified his affairs by telling mom all about them, as if that made it all right, because he was being honest, you see, he wasn't keeping a secret.

When I was seven years old I came home from school one day and found mom sobbing. Now I know why.

Last night I got drunk and flamed him from the bottom of my heart. I said, Do you know what you did? Do you know how bad this is?

I said that this blog is just for me, it's my therapy, the only therapy I have, and what you did was the same exact thing as if you hid out in my therapist's office and eavesdropped on the sessions.

I said And then, and then, you had the unmitigated gall to write and tell me that my feelings, my own personal thoughts and feelings, where you were not even invited, were not valid.

I believe I then launched into a string of obscenities.

But it's true -- it's just as if he leapt out of hiding in the middle of the session and "corrected" me in front of the therapist.

.I should get over it. I need to get over it, this is just one more violation in a series. But right now I can't stop kicking myself, can't stop wishing that I could kick him. This is as big a betrayal as he's ever committed against me, but I gave him the opportunity to do it, knowing that nothing ever changes, knowing that you can't put a bottle in a drunkard's hands and expect him not to take a swig.

I have to pretend to work now. Maybe that will help me climb out of this bitter soup that I'm sitting in. My goal for tonight: take a few more deep breaths, and write that post about The Frighteners. . .