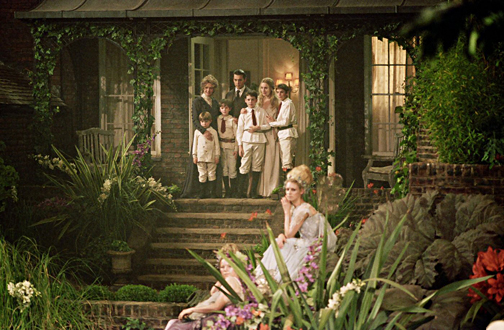 -- A broken light fixture in the kitchen.

-- And the news that the buyers of my mother's house want me to come down $11,000 on the already bargain-basement low price they were getting.

This is so very frustrating. The reason I moved forward on the new house was because the old one was being yanked out from under me. Now, if the deal falls through, I'm left with two houses on my hands and more responsibility than I can possibly cope with. It backs me into a corner and diminishes my prospects.

As the agent who did the evaluation on the house points out, it doesn't make much sense to take a reduction when the house hasn't even been on the market.

Today I close on the new house and my emotions are running high and very mixed. Because of the prowler I have had several people say to me, "Get out of there now!" and I look around at all the packing and moving that lies ahead of me, and I think, "Riiiiiight! I'll just do that little thing!" I'm all alone, people!

-- And my cats Patchy and Whitey sat on my Halloween blanket in my lap and we all watched Finding Neverland again. That's right, an uplifting film about death. This time, for the first time, I blubbered as much as the rest of the audience had the first time I saw it.

This morning I realized that one of the biggest difficulties for me lies in the fact that I don't believe in anything. If I could believe that my mother wandered off into the depths of Neverland, the way Kate Winslet does at the end of the film, that would be something nice. But I don't believe that, any more than I believe in heaven or hell. Despite my supernatural dreams that I posted about a while back ("Dreams of the Departed") I don't believe that the dead talk.

It's been proven that energy can't be destroyed, only transmuted. Okay, that means something. But it's impossible to know the answers, and religion is a creation of men, not divine voices, and a place in the clouds where a bearded old man sits on a throne and weighs souls is an even more ridiculous concept than Neverland.

In just two hours I will be closing on the new house, and now the impact that this will have on my life is even more in doubt. Everyone says that it will be a good thing, and I "believe" they may be right. But I can't forget the reasons why I have ended up at this juncture, which all put an unhappy shade over what should be a happy thing.

Wish me luck! -- But, no, I don't believe that wishes work, either. If wishes came true, I would not be here.
Posted by Freder at 1:33 PM