No Forwarding to the Afterlife 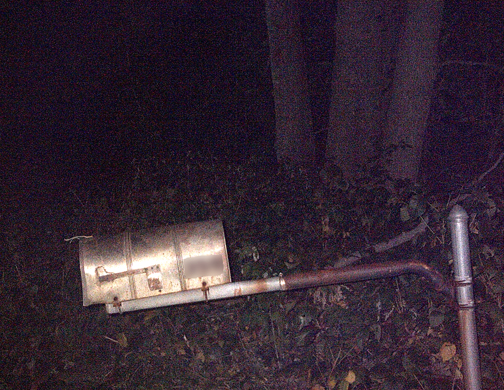 On Monday morning it was time to close my PO Box and set up forwarding of my mail to the new address. This was a little bit sad to start with: I've been using the C____ V________ Post Office for thirty-five years, have known the postmistress as long as she's held the job. So this would be yet another goodbye.

While I was filling out the form an older woman came in to pick up her mail. On her way out she poked her head in from the lobby to say hello. The postmistress greeted her, asked how she was doing. I looked up at that point. She sighed, and smiled, and said, "One day at a time."

When she had gone, the postmistress told me that she and her husband had been in a bad car accident just the week before, and that her husband had died. "They were very close," she said.

I think I must have bit my lip and said, "Oh, God." Then I said, "The misery just never stops, does it?"

She said, "There's more than enough to go around."

I told her that I hated the business of moving, because it was just like having to say goodbye again to my mother every damn day.

She nodded. She said, "I've been without my mother for nine years now."

I said, "Does it ever get any easier?"

There was quite a long pause. Her eyes were glistening. She looked down at the desk. At last she said, "A little bit. You start to remember the good things."

I held it together long enough to finish my business, but was sobbing by the time I got to the car.

When I arrived at work, there was a rolling counter unit that needed to be stripped so that J___ could use it later in the week for Book Buyback. It had some of our Last Chance Book Sale items on it -- things that I'd pulled to go back to the publisher. As soon as I change these books to Returns in the system, they sell at 25% off the cover price until they go out the door.

One of the books that found its way into my hands was the hardcover edition of Patti Smith's Just Kids, the memoir of her longtime friendship with Robert Maplethorpe. The paperback is currently on the bestseller list, and it's been getting many recommendations and favorable reviews. I opened it up to take a quick peek. This is how it begins:

I was asleep when he died. I had called the hospital to say one more good night, but he had gone under, beneath layers of morphine. I held the receiver and listened to his labored breathing through the phone, knowing I would never hear him again.
Posted by Freder at 12:18 PM