It's not Spike Jones or Spike Milligan. . . 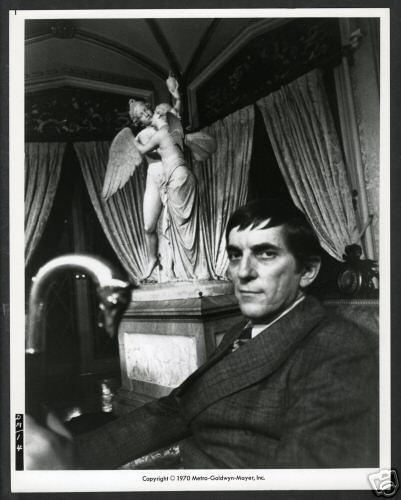 Just to show you the far-reaching depth of subjects on my mind, and their Stark Seriousness, today I'm going to type about Barnabus Collins's bangs.

When I began set one of the Dark Shadows DVDs, I was surprised to find that Mr. Collins's trademark spiky bangs were not in evidence! It's something that appears to have evolved, and even to have started by accident.

For his entire first month on the show, Barnabus's hair was neatly combed straight across his face. From time to time, a stray lock would create a very subtle spike, and somebody appears to have noticed this and picked up on it. It's only now, near the end of his fourth week on the show, just as he is preparing to put the bite on Maggie Evans for the first time, that a more subdued version of the spike is beginning to formally appear.

It's funny to note that we kids all thought Barnabus's spiky bangs were really cool back in the day, and now they look. . . well, silly.

Post-Halloween I've cut my Dark Shadows dose down to one episode a week.  The plot moves slowly, but steadily, and it actually plays well at that pace. It's not surprising that there are occasional fluffs and flubs (Mitchell Ryan was visibly drunk on last night's show. Trust me, I know the signs); what is surprising is what they were able to accomplish on a daily basis with a minimal budget and none of the technical advantages we have today. The individual episodes are well written and structured, and take into account that they can only afford to use about four or five of the large cast of characters in any given episode. And, like The Avengers, this was a radical concept for a show, then and now!

I hear that Tim Burton is planning a Dark Shadows movie with Jonny Depp as Barnabus. My reaction? Feh! Another misguided project to stay far, far away from!