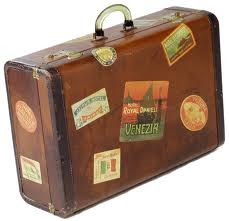 It seems premature to write about the move as it won't be done for more time than I care to think about. This is worse than I imagined, and I used to have a pretty good imagination.

The cats hate the new house. I worked so hard to make it seem familiar to and comfortable for them, but as soon as I set them down, all five of them started tearing around, screaming their heads off. Whitey spent most of the day hiding under the radiators. They're not eating the way they used to. Honey won't even sleep with me.

Only Patches has ended up perfectly calm and relaxed. She likes the windows and the easy access to them. Pooky does enjoy lying in front of the gas fire when it's on, but when it isn't she's congregated on the landing with the others, screaming at me.

Understand that I'm not whining. My constant message to myself is: "Don't boo-hoo-hoo that it isn't home -- work hard to make it home."

And I'm trying so hard. But I'm already exhausted and my emotions are all over the map.

This morning before work I made a run out to the old house. I forgot that the burglar alarm was on and set it off. It's a sad, terrible place now. I was in tears within minutes and pretty much stayed that way the whole time I was there. I'm going to hate these trips in the worst way.

I feel guilty for moving on; I feel like I've betrayed a trust, have let mom and the cats and the house all down. I feel like my actions are the things making her death final. I feel lost and lonely.

On the other end of the spectrum, it's satisfying that the new house is looking better and homier with every load. I've hung lots of things in the kitchen to make it feel like I belong there. And I like being in town, I like seeing the holiday lights on the houses at night. Much as I loved the countryside at the old house during Spring and Summer, in Winter it is desolate and depressing, a blue, lunar landscape containing no life. The new place is better.


I think in time the house will be good. But it's not there yet.