Nothing White or Black 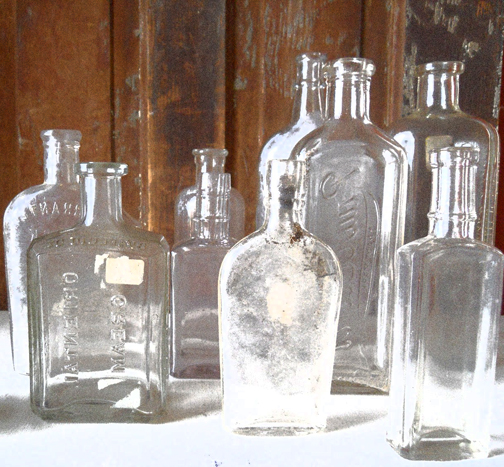 Alcoholism is one of those things that you wish was as simple as everyone says it is.

What I'm about to type is not self-justification. If it were, then I wouldn't feel as conflicted about it as I do, going so far against the grain of what's accepted as it does.

I used to get up in the morning and go to the kitchen before I even went to the bathroom. I used to show up for work with anywhere between three and five strong drinks inside of me.

And the actual fact is, I was a better employee when I showed up for work half-cocked than I am now and have been for the better part of a year, since I started showing up for work completely 100 percent sober.

I knew the policy. If they caught you drunk on the job, you were out, no questions asked.

And so I had to focus. I had to accomplish things. I knew that if they knew the state I was in, it was all over -- so I made myself the best damn employee that I could. I did my best and I got a lot done.

I can't focus on anything, It takes me DAYS instead of hours to get things done. My mind wanders here and there, I waste time on the internet, the past is oftentimes much more in my eyes than the present. . .

If I were my boss, I would fire me, and re-hire the guy that I used to be.

The same thing is true about my driving. The stigmata about Driving Drunk in our culture is so intense that I am certain I will catch a lot of heat for this, one way or the other, but the fact is that I was a better driver half-cocked than most people are sober.

I was a better driver half-cocked than I am sober!

This morning, completely sober, I tore out of my driveway at about Mach Nine and swerved across the lane and put the pedal to the metal because I was running late. I shouted at the car in front of me: "Get the hell out of my way, asshole!" At the intersection, when the opposite car did not move when it was clearly his turn, I shouted, "Come on! What are you doing, idiot?! Are you a moron? Go, stupid!"

I'm not saying that the Emperor doesn't have any clothes on and that alcohol isn't everything that common sense says it is. Even Rodney Dangerfield wrote in his bio-book that he couldn't understand why pot was illegal and alcohol wasn't, because he saw alcohol ruin many people's lives, but he never saw the same thing among pot users.

I'm just saying -- nothing is as simple as anyone makes it out to be.

Alcohol may have hastened my mother's death -- we drank together, when I wasn't drinking alone -- but it also took a lot of pain and anxiety out of her life. Even now, knowing everything that I do, I would not deny her any of the drinks that she took in the last five years of her life, including the ones that I poured for her on the last morning that she spent at home.

On the morning of Friday, May 14, 2010, by the time she made it into the kitchen she was exhausted and in terrible pain. These situations were not abnormal. . . just maybe a little worse than usual. By the time she had had a chance to relax in her chair, and had a couple of drinks inside of her, she said, "Oh, I feel so much better now."

That changed while I was away at work.

The end was near. I knew it. And I kept on throwing alcohol down my gullet because I desperately wanted not to know it.