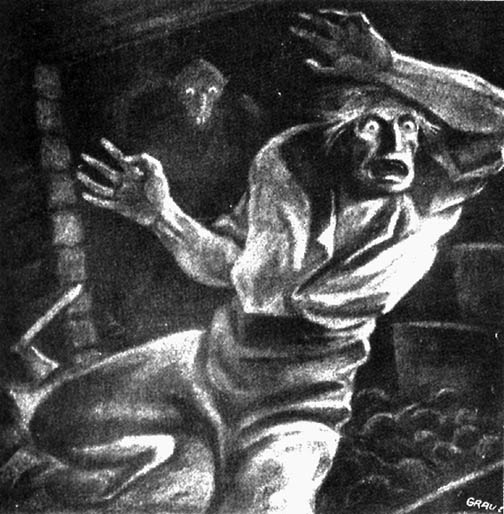 This afternoon I was both shocked and saddened when a Facebook friend -- and not just a Facebook friend, but someone that I went to High School with, all those moons ago -- posted a link to a YouTube video making the outrageous claim that President Obama's birth certificate was a fake. He not only posted the link, but made a personal comment calling for an investigation.

I was all over that. By the time I was done with that fool, he had deleted the link from his Facebook profile.

I don't care what party you belong to. This is nothing but racist bullshit. No other president has had to endure this kind of treatment.

It's time for the right wing to pull its head out of its own asshole and come to the table with REAL issues and REAL arguments -- instead of just Making Shit Up and getting the gullible members of their class to fall into lock-step with it.

Hmm. I guess it's time that I revealed the shocking secret that Donald Trump was actually born in Pakistan, is a secret terrorist, and had a major part in the planning of 9/11.

What's so disturbing is not so much that some cynical, evil person would put this pile of crap out there before the public, but that so many people, people who appear to be otherwise rational and functional, would actually swallow it.

I can't even take reassurance in the fact that, without exception, the people posting in support of this "theory" are obvious fruitcakes and morons who are incapable of spelling even simple words like "lemmings" correctly. Every single angry post that I read calling the President's birth certificate a fake looked like it had been typed by a monkey with one hand tied behind its back.

Anyone that thinks it is NOT PLAUSIBLE for the Whitehouse to do such an amaturish job at forgery must first realize that this man as shown that he is an Incompetent Fool , Second that he beleives that all us non-elitists ( normal people ) are too stupid to catch it and thirdly that anyone not realizing this to be an Obvious attempt at Fraud that he is Complicit in makes you nothing more than a Leeming ….


I followed the link to this cracker's website. There the ravings grew worse. At the same time that he is claiming that the death  of Osama bin Laden is a fraud, he publishes a picture -- I don't know how or where he got it, but it is very grisly and convincing and I deeply regretted scrolling down -- of bin Laden's bloody corpse with its left eye shot out, with the following caption underneath it:

I know that it takes all kinds, but these Lunatic Fringe Nut Jobs are getting louder and louder and people are listening to them. The very fact that the President released his birth certificate to the public -- an unprecedented and, I think, ill-advised event, because it kowtows to people whose opinions should not even be acknowledged -- is proof that this culture is being drawn down into The Way of the Wacko.

Longtime readers of this blog know that I take pains not to name names. This one time, I will make an exception. William Higgins, my schoolmate, you should be ashamed of yourself. There are real issues out there that deserve discussion, debate and resolution.

This is nothing more than what Justice Thomas called (although I disagreed with him at the time) a "High-Tech lynching."