Don't Dance on this Grave 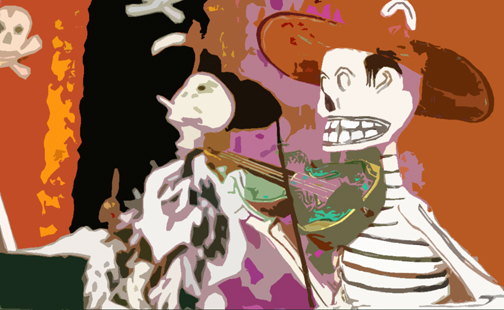 So -- Osama Bin Laden is dead, and I am disgusted with the way some of my fellow Americans are acting.

Death is never a good thing, never something to celebrate, not even when it happens to someone as bad as Bin Laden.

By dancing in the streets and chanting "USA! USA!" you are only fanning the fire of hatred. By being jubilant you are only demonstrating your own ignorance. By celebrating, you are only showing that you don't abide by the tenets of the religion you profess to believe in.

If nothing else, think of what we could have learned from the man about his operation had he lived.

I'm against the death penalty and I feel the same way when people stand outside a state penitentiary and celebrate when someone is put to death. I don't care what he did. We are taught that vengeance is not ours, but we sure as hell don't practice it, and some hard-core Bible Thumpers are some of the worst offenders.

It seems to me that all this stuff should be obvious. We are rightly upset and outraged when our enemies celebrate the deaths of our fallen soldiers or drag their bodies through the streets. It's just common sense that if our cause is just, we ought not to behave in the same way.

Grow up, get a conscience, get a clue, and stop singing Ding Dong The Witch is Dead. The war isn't over. There's still more than enough Death to go around.