The Further Adventures of That Wacky Aspie Guy 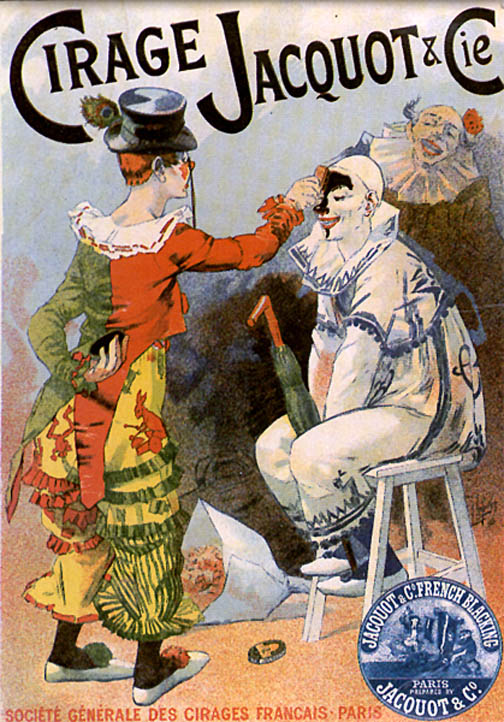 I haven't posted lately because I've been , , , well, busy on the one hand and mentally at sea on the other. But something happened just now that's too idiotic not to type, so I'll start there and work my way backward.

I had a premonition about watching The Wrestler that I should have taken to heart. It's well-done and fascinating, and, good lord, Mickey Rourke looking like he's been dragged through a cactus-infested desert behind a Jeep. But I had to turn it off when the staple gun and the dinner fork and the barbed wire came out. Who thinks of this stuff? Who are those people in the crowd who can watch it as entertainment?

That wasn't the idiotic thing.

With the telly shut down as quickly as I could possibly shut it down, I meandered into the kitchen and decided there was no way I was going to hand-wash all those dishes. I loaded up the dishwasher, and went to put the detergent in. . .

. . . and it only halfway filled up the cup before it ran out.

As with all of my Finest Moments, I have to type: "You can see it coming, can't you?"

I should get a tm on that line.

I went into the bathroom, and while I was in there the dishwasher suddenly got really quiet.

By the time I came out, water and soap suds were boiling out around the door, looking just like something out of The Blob, flooding the length of my kitchen floor.

Long story short: After two more attempts and two clean-ups and lots of begging with the powers that be for mercy, I got it going again with, to coin a cliche, No Soap. It's happily chugging away as I type this.

On Monday night, I found a ginormous box sitting on my deck. I thought: What the  -- ?? I didn't order another computer while I was drunk, did I?

It was my three lilac trees from White Flower Farm. My first inclination was to wait and plant them on Saturday. Then I thought -- Nah! I've got light!

I planted all three of them around the house, and named them Monica, Nicki and Kristine.

Bet you can't guess, and I'm not going to tell you.

While I was planting Monica, someone from the house of Kaspar the Mad Aryan Gardener crept up on me from behind. It was the woman of the house, R____, who as it turns out works in the Health Center at the same college where I plug away my days. Of all my neighbors, I like her the best: having the common workplace gives us something to talk about, and she was just right: not Forcibly Friendly, if you get my drift, and knew when to end the chatter. She was happy that I have outside cats, and she likes all the stuff in my yard, so that was a plus, too.

The Old Me would have imagined that she flirted with me, just a little bit. Now I understand that this is a delusion of Asperger's Syndrome: we misinterpret the signs, and when a woman is just being Ordinarily Friendly (something we have a hard time understanding in the first place) we mistake it for Interest and Openness to Something More.

On Monday at work, I was just coming to terms with how deeply swamped I was under Purchase Orders and a six-page newsletter that needs to be done, like, now (and which, as it turns out, my Student Worker had only been pretending to work on for me), when my boss came by and handed me a sixteen page order of sale books, hundreds of titles that each need an item card before I can do the PO, and they're going to be here by the end of the week.

They call it Job Security, I guess.

My father and his wife are back from Nevada, and for Sunday I invited them over to my house for dinner. During the two weekdays after I invited them, I looked closely at the house and came to understand what a Horrific Pit it was. I thought about putting them off until next week, but then I looked at the calendar at work and realized that the next solid month is going to be Hell Time. So on Sunday I bit the bullet and gave this place a beating to make it look halfway presentable.

I don't know if anyone else has Anxiety Attacks while cleaning, but I sure did this time. The vacuum cleaner was acting up, I kept tripping over myself, I was agitated about this, that and the other thing, had to keep telling myself to calm down, calm down, but it didn't work.

The actual dinner came off all right, and maybe a little bit better than all right. It was good having them at my place rather than the other way 'round; I felt like I had a degree of control over the situation that I never feel when I have to go eat lunch with them. I cooked chicken and corn on the cob and spinach, and it all turned out well. M_ seemed a little perturbed with some of my methods (like, you have to put salt on corn before you cook it; it brings out the sweetness), but I was able to shrug it off -- my house, my dinner, my cooking. I've been subjected to Salmon (which I hate) at your place -- now it's Your Turn!

I said, "What I really want is to just go out on the porch, flop on the couch, and spend the afternoon reading."

It wasn't all reading. I dozed a lot, too.