The Things Normal People Do 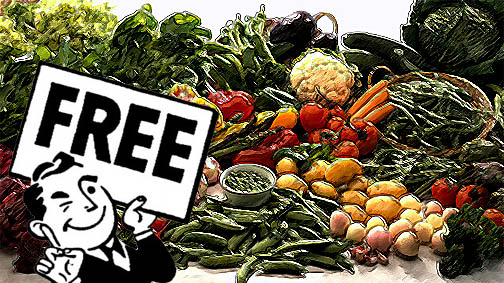 I hate it when people give me food. I know that it's meant to be a gesture of something or other, but to me it's just one of the ways that normal people are trying to rob me of control over my own life. The stuff is usually fresh and needs to be eaten right away -- but what if I don't want to eat cucumbers or peas this week?

Not being at the mercy of someone else's good intentions is  a big deal to me at this stage of my life.

I rarely go out and do things on my own hook because normal people are always coming up with ways to steal my days off, and after that's happened I always need time to decompress. There goes the weekend! The first and only recreational-type thing that I've done for myself, on my own hook, in more than two years was to go to the movies last week to see Captain America.

Otherwise, the only time I leave the house its to go to work, go to the store, or because someone is scheming up plans that they think will improve my life.

Yesterday I had to go out to my father's house again for lunch. About the only reason I didn't mind this is because it gave me an excuse to drive my new car for longer than three minutes.

I expected to be made uncomfortable and I was, although forewarned is forearmed and like that. My father's wife gave me a tour of her garden and forced me to eat raw peas. The only thing I eat raw is carrots. I chewed manfully, but really wanted to spit the damn things out.

Food is as personal a thing as clothing and sex: we should always be allowed to make our own choices in these things. We have so little control over almost everything else.

I heard some of the same stories that I've heard before, was pressured once again to come to the theater with them (for deeply personal reasons, I don't want to attend live theater anymore, but especially not under these circumstances.. I've tried to explain this to them, but I always stop short because I can see that. for them, it's not about my feelings). I was aware that my father was studying me to see if my hands were shaking. This awareness usually makes me nervous and causes the shaking, but yesterday I was steady.

I had a space heater forced on me. My father has been trying to give me one of these damn space heaters for at least two years now. While Mom was alive I at least had a valid excuse not to accept it: there was no room in the house to put it anywhere! Yesterday he was not taking "no" for an answer.

Too much time was spent with my father and his wife giving me a hard time because I told them that I'm unwilling to attend -- that thing I can't write about because my friend won't just tell everyone his secret like a normal person, no, he has to sit on it so that he can make it into a Big Presentation, turn a get-together into another episode of The Fucking *their name here* Show.

Normal people do things, I guess, in an attempt to be friendly. Instead, I just always feel like I'm being Railroaded.

I had very little freedom -- of movement or anything else -- for some considerable time. Now that I have choices, I want to be the one who calls the shots in my life -- and incursions from the outside world like the thing I'm not allowed to talk about really make me cranky! I'm feeling more protective than ever of my free time. . . not to mention my larder.