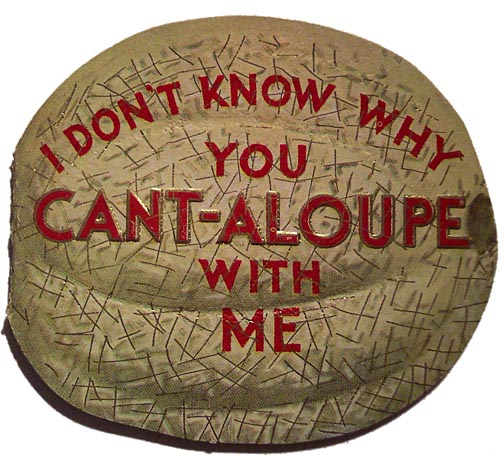 . . . and now with our pow-wow of the weekend behind us, my typing fingers are freed and I can safely reveal that my friend of approximately 32 years, one of my best friends in the world -- BC, I've referred to him numerous times on the blog -- is getting married.

And my reaction, my feelings, as you already know, are exceedingly mixed.

There is the part of me that is genuinely happy for him. This is something he's worked on for a long time.

And on the other hand, there's the part of me that's going: What the fuck??!! Where in fuck's name did that come from??

But even the shock is secondary to the feeling I can't shake, that I am losing one of my best friends ever, that my life is being diminished yet again.

And don't give me that line about "Oh, you're not losing a friend, you're gaining another friend!" That line is such a load of cod's bollocks that even the people who spout it don't believe it. Fact is, this changes everything from here on. There's a reason why the tarot card named "Le Morte" always features a scythe-swinging skeleton. Death and Change are the same devil.

And I guess that's where a lot of the anger that flashed through me when I heard the news came from. Still mourning one loss. Didn't need another.

Well, that and the fact that I thought I'd reached the stage in my life when I would never have to attend another fucking wedding, ever again. To steal from my friend EWR's vast catalog of colorful sayings, I'd rather gouge my eyes out with a rusty spoon.

But there's more. Those of you who have been reading here for a while must know by now that I am quite the perverse and capricious bastard.

I'm jealous. What's he got that I ain't got? I'm at least as good a catch as he is, warts and all. How come he can make this happen and I can't?

Fact is, I have never walked out of any relationship. I'm always the one who gets dumped. I've tried to learn from the mistakes of the past, but it always ends the same way.

The one I lasted with longest was Lorna. We lasted barely over a year. She had a bad case of "Guess What I'm Thinking" and "Guess Why I'm Angry at You." Had I known then that I had Asperger's I might have been able to make a better case for myself. As it was, I used to beg her, "TELL me what you're thinking. TELL me what you're feeling. DON'T make me try to guess. I can't read your mind." Truth was, I couldn't read her face or her body language, either, and now I know why.

She told me early on that she never wanted to get married again, because her first marriage had been such a terrible experience. Her first husband did things like throw bricks at her, or strangle her until she went unconscious and then anally rape her while she was out. I listened to all this and took her at her word.

As time went on, I kept getting a vibe from her that I couldn't understand. Because I took her at her word, I didn't even want to mention the M word. One day when she was particularly cranky at me I said, "I would marry you. . ."

One afternoon I called her and she said, "We have to talk."

I was so stupid in those days that I said, "About what?"

So that was it. She broke up with me over the phone. I wish I could say that I never saw her again, but we worked for the same newspaper, and with all the daily stress of banging out advertising on the tightest of schedules mixed with my sadness over losing Lorna, I eventually had a nervous breakdown and walked out of that job.

Which was a mistake, really. I'd have been so much better off staying there. I could have managed it without the complications. Never date anyone you work with.

Strangely enough, that lesson still hadn't sunk in when I started seeing a lovely lady that I worked with at the first bookstore that I worked in. We lasted about three months. I had it in my head that I had lost Lorna and a couple of others because I was too withdrawn, too reserved, and so I dropped the "L" bomb early on.

Now, mind you, I don't understand to this day why the "L" word should be so toxic. I've loved a lot of people in my day -- doesn't mean that I wanted to jump into a Marriage Ceremony with them. But, oh dear, suddenly I was a threat to her freedom. I went over to her house one evening bearing pizza and a movie, expecting a nice, normal casual evening, and instead she broke up with me.

I went out into the dark and sat alone on the front steps of her house. I could physically feel something breaking inside of me. It wasn't my heart. I know this because my heart still troubles me with feelings of wistfulness on a daily basis, feelings that can't be pursued because That Way Lies Madness and, perhaps, an appointment with the tallest building in town. What was breaking might have been my last connection with the world that Most Everyone Else lives in.

That was a decade ago. I haven't had a relationship since. I'll probably be alone the rest of my life. In the words of The Great Man, W.C. Fields, "If at first you don't succeed, try, try again. Then quit. No sense being a damn fool about it."

Although they have little reason to know it, as we see each other seldom enough and when we do get together I am usually withdrawn and distant in the manner of those who share my disease, I value my friends highly. It's a blow to lose this one.