The Final (?) Cut of Memory 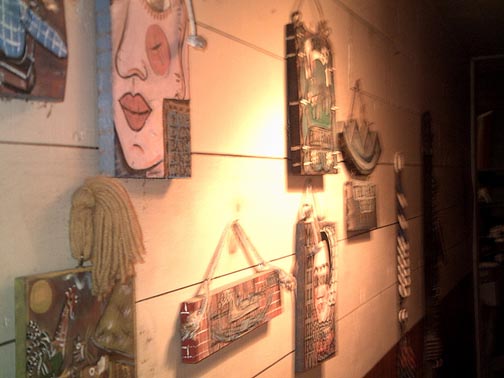 I put in some long hours at the computer over the weekend and am happy to report that my "Version 2.0" of the family home movies is more or less completed! I'll wait a bit before I push the button, in case it needs a tweak here and there, in case I change my mind about some aspect of the piece, but this feels suspiciously like it belongs in the "done" box.

I was so excited to have actually seen a creative project through to fruition! Not even the prospect of Moanday Morning could get me down! This is a milestone -- my first completed project since well before my mother's death. I just wish she could see it.

My father was erratic in his moving-picture-taking habits. He shot a fair amount of my sister as a toddler, but he didn't shoot anything of me at that stage -- so my part of the story lad to be built from scratch out of still images. Likewise, I had film of just three out of the five houses that we lived in while I was growing up, so there was a fair amount of scrambling to unearth stills that I could use to tell the complete story. I was dismayed not to have any pictures of Cliff House in Cape Elizabeth. Then, very late in the game, in one of my grandmother's photo albums, I found three.

In the process, I added a wide range of photos that fleshed out the telling considerably. With music and a neat "pan and scan" process built into iMovie (they call it "Ken Burns"), the still pictures really come alive.

I even found one still photo that had been taken by somebody at the exact same moment that my father had been shooting film from a different angle. You can bet I cut that one in!

The home movies come to an abrupt halt after my sister's wedding, and one of the problems I needed to solve was, how to end the story? I settled on a long fade to black out of the wedding, and then created an epilogue out of pictures from later years.

Titled "Within the Realm of a Dying Sun" (from a song by Dead Can Dance), the epilogue pulls no punches. I show the last pictures of my grandfather and grandmother. I show some of the many beloved cats who have been and gone. Using old pictures and new ones that I took after Mom's death, I show the main rooms of the house dissolving from how they appeared when we first moved in to the state they were in after years of hoarding antiques and collectibles. And I close with a scene that I won't describe, but which really takes the story full-circle, and puts an emphatic period on the end. All set to the tune of Leonard Bernstein's "Somewhere," as performed by Tom Waits -- one of Mom's favorite songs.

I knew it was "right" when I burst into tears as I watched the playback.

Following the dedication and a scroll of the music credits (to the Supremes "Reflections"), there's a stretch of empty black screen. I expect most of the family will tune out at that point, if not earlier. But if they stay, my stupid little comedy short that I wrote about a while back will appear as a kind of "easter egg."

I finished that, too. . . and surprise! It's actually kind of cute now. I found the perfect musical accompaniment for it -- Scott Joplin's "Fig Leaf Rag" -- and with its new titles and new look, I can actually watch it without cringing.

Next up -- making the slide show of all the unused photographs. I did it once, last night, and it was easy as can be to get a smashing result -- but exporting the file proved to be another matter. It was looking to take hours . . . and then I realized the program was exporting all the photos in the system, not just the ones I wanted. I aborted the export. When I tried to open the slideshow again, it was gone! Back to the old drawing board!

And the "help" menu!