A Nightmare of Hell 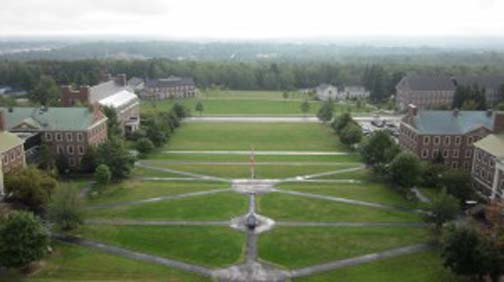 Oh My God!! Today was "Staff Gathering" day at the college; after three years of attending these things, I have finally come to realize that I detest Staff Gathering Day from the depths of my soul, and now I understand why.

It is 100 percent pure unadulterated torment for me, from the time I step into the Diamond atrium to find it packed with bodies, all of them talking at once, sometimes at the top of their lungs, an utterly incomprehensible wall of babble that goes right through me and makes me want to run screaming into the metaphorical night.

I literally spent the day wishing that I had a gun in my pocket so that I could blow my brains out. It was that bad. Essentially, I revert to the behaviour of my childhood and retreat to the quietest, least-populated area on the playground and hope that no one notices me there.

Strange people use my name when they speak to me, and I don't know who in hell they are. It is a horrible feeling being trapped in a room jam-packed with people, most of whom I don't know, and to whom I have nothing to say. I got my name tag, went straight to the buffet, grabbed a bagel and some wedges of melon and then beat it for the door to the picnic area outside.

At nine-fifteen everyone filtered into the auditorium; I took up a standing position at the back. Then began the annual interminable ordeal of passing the microphone along to every single person in  the room, so that they can give their name, rank and serial number. I sometimes dream of doing my Judge Judy impersonation into that mike ("You put a microphone inta my hands! NAWT SMAWT!!") or something equally silly, and in my younger days I would have done it -- but I've learned to just act normal and color inside the lines when the spotlight is on me.

A little after ten, just as the President was getting started with his speechifying, I slipped out. Thank the powers that be, I had a ten-thirty sales call with my overly perky Random House rep. It felt good to get away from that mob, good to slip behind my desk and do something more or less productive.

But by eleven-thirty that was done, and I had to return to the event. Classroom sessions in the morning, activities in the afternoon, divided by a lunch like something out of Dante's Inferno, once again the packed room, the bodies too close for comfort, the incomprehensible buzz of hundreds of people yammering all at once.

It is just exhausting for me, the last place in the world I want to be. Plus, the food was lousy. The Eggplant Lasagna was both overcooked and cold, served in a big tray like slop, and the steak was pretty much raw.

I forced down as much of it as I could than again beat a hasty retreat back into the bookstore.

My afternoon activity was a tour through the Museum, which is world-class -- but I like to go there in the summer when it is empty (ditto the campus libraries) and today it emphatically was not. There were a couple of galleries that I literally had to excuse myself from because there were too goddamn many people in there. The information provided by the museum staff was good, but I would have preferred to read it. I was reminded of why I never learned a single thing of value in school. All the great books I've read have been on my own hook, every skill of value that I have I taught myself.

At 2:30 the event was to wind down with an ice cream social out in back of the Roberts Building. I moseyed on down there knowing that I wouldn't eat anything, because by then I was feeling physically sick. Anyway, I had a plan.

I stayed just long enough to be seen, just long enough to exchange a few words with a fellow bookstore employee, just long enough so that it would register that I was there. Then I snuck into the building's open dining hall and out the side door. Every nerve in my body was twitching. As I walked fast towards the parking lot, I kept on repeating "Oh my god, oh my god, I am getting out of here!"

I'm much better now, chilling here at home, typing into my blog. . . and planning on being "sick" next year when this Day of Torture rolls around again.