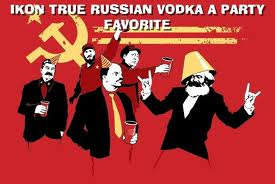 I've referenced alcohol at least twice in previous posts, so perhaps that is the story I need to tell.

I did not start drinking until I was in my forties, and then it was in moderation, to relax at night. It didn't start to get ugly until after my mother's operation in 2005 to have her right leg amputated due to vascular disease brought on by diabetes. While she was in the hospital I began drinking in the mornings.

I soon became my mother's sole "caregiver," and sole caretaker of her house filled with antiques and cats. I began "self-medicating" my depression on a growing basis.

I went from being the guy who got drunk on one beer to the guy who could drink anyone in the room under the table and still function pretty well, thank you.

So, you could say that I was a heavy drinker before my mother's death this past May. After that event, it went wildly out of control. The only time I was sober was while I was at work. As soon as I walked through the door of my home, out came the bottle and the glass and the ice cubes, and I repeated as necessary, up to fifteen times (or perhaps more) every day. On weekends, consuming two thirds of a bottle of vodka a day was not uncommon.

I lost all appetite for food and stopped eating. Although I was never drunk at work, by the end of the workday my hands were shaking so badly that I could barely open the safe or count out the cash register.

One day I got into a terrible row with my boss and another person who shall be nameless. I was so upset that I could feel my stomach knotted like a clenched fist all the way home. I began heaving the minute I got out of the car, even though there was nothing in my stomach. I went inside and started drinking.

The next morning I went straight to the bathroom sink and vomited about a half cup of blood.

I drove myself to the hospital.

This was four days of hell and embarrassment. They ran a camera down my gullet and told me that there were no ulcers or other major damage, but the lining of my stomach looked like a skinned knee.

The doctor (and everyone else) told me that I could never drink again: not even a glass of wine or a single beer in a social setting.

I looked them in the eye and thought to myself, "Fuck you."

On my return home I had two days to myself, and it was pretty much a return to the level of intake that I was at before Mom's death. But then a funny thing happened. The Prozac they prescribed me at the hospital finally kicked in. At the same time, I went back to work. After about a week I stopped drinking in the middle of the night and early morning. I stopped drinking the minute I walked through the door. On the weekends, I stopped drinking during the day. I had work to do, and didn't want to feel like that anymore. The Prozac had taken away that which I had been drinking to drown.

I still have not gone cold turkey, and I continue to believe that to have done so after coming out of the hospital would have been an experiment doomed to failure, even disaster. I'd tried it before, and it always ended the same way.

Now -- I drink only at night, in front of the telly, slowly, just enough to relax me, just about at the same level as when I first started. I still feel depression and anxiety, especially in the mornings, but it isn't the bottomless pit of despair that I had fallen into. I've lost weight (four pant sizes!), am focused and calm during the day, can feel my body healing -- and no blood from either end! If it's not a complete success the way the doctors would want it, still it's a success from my point of view.

In my first post I implied (at least to myself) that I was going to use this blog to help repair my life. If that's going to happen, this was an unpleasant entry that had to be made.