What do you do at the end of the world? 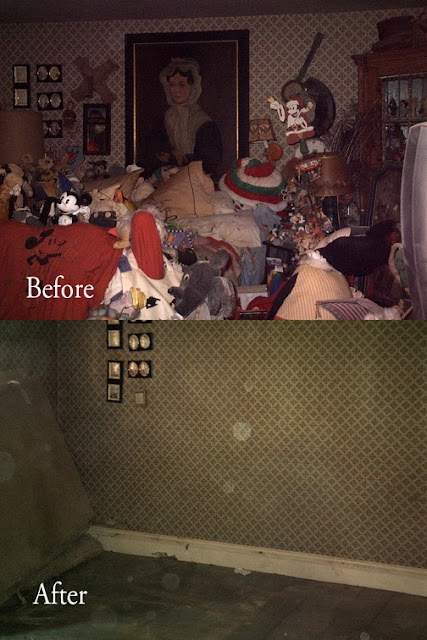 The pictures say it all, really.

Before this week, the worst thing I've ever had to do is hold Sandy (a Palomino) and Pony while the vet put them down.

I'm not saying that this week was worse than that; but it's in that league.

I don't even know where to start. Likely it will take multiple posts to tell the story.

On Sunday I did a few last-minute things to get ready for the next day. I washed rugs and put clean ones down (this was a waste of time, as it turns out). I mowed the lawn. And in the evening, last thing before bed, I took the last few things out of my mother's room that I couldn't bear to part with: the big sock monkey, an animation cell from the Mickey Mouse cartoon Nifty Nineties, a page of original Bonzo Dog art by Geo. Studdy, the original art for a daily Mickey Mouse comic strip, a book of Sock Monkey photos that I bought for her at Christmas of last year, the talking Mickey Mouse advent calendar, and some very neat unisex shirts that I can wear.

It sounds like a lot, but as you can see from the "Before" photo, there was so much in the room that nobody would be the wiser.

I stowed these last items in my walk-in closet, and set a chair in front of it to indicate that it was off limits.

Of  course I'd been crying all day, and it wasn't the dignified kind of weeping, either. When I woke up that morning, Honey and Pandy Bear were both with me. I said to them, "This is the last day of the Universe as we know it, guys."

Of course they didn't understand. They would have to learn it the hard way.
Posted by Freder at 1:04 PM