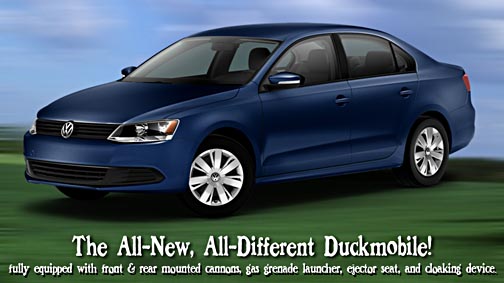 Probably the biggest thing I did last weekend was solve my car problem. It feels good to be legal again, but it feels better to know that the car isn't going to fall to pieces one day with me in it.

I did it myself, all by myself. When I bought the Malibu, my father was there to help me with the talking and negotiating, the Dealing with Sales People part. He would have been glad to help me this time as well, but somewhere in the last few weeks I had come to a determination. Here I am, a man in his early fifties -- I should be able to do this myself. I hate it, I'm physically afraid of it; as I wrote in a previous installment of this blog, I'm easily intimidated, especially by people in authority and Sales People. But perhaps that was all the more reason to get out there and face it, to try and put the anxiety aside and not rely on holding someone else's hand to get through it.

Then, too, my father has a habit of pulling me off on tangents and showing me options that I'm not necessarily interested in. He loves the process of shopping for a car. It was entirely possible that if I involved him, it might take the whole weekend, or longer. I wanted to get this done, if possible, in one afternoon. With my Malibu more than five months past its due date for inspection, and making more and more alarming sounds by the day, this had become a problem that I needed to put behind me for good.

My old Malibu served me not exactly faithfully for fourteen years. Although I tend to form attachments to things. the twinge I felt at leaving it behind on the lot had much of the sting taken out of it by a couple of factors. First, that Malibu was a nuisance to me almost from day one. During the time I owned it, I must have paid for it two or three times over. The wheel bearings kept going out, the brakes kept going out; in latter years I couldn't get the darn thing inspected without forking over anywhere between $500 to $1000. Gad, my poor credit card -- I never had a hope in hell of paying it down so long as I owned the Malibu!

When I bought it, I wanted to do the right thing by Buying American, little knowing at the time that American cars are shite. After my experience with the Malibu, I determined never again to buy another Chevrolet.

Second, just contrasting my battered old Malibu with what I was driving off the lot -- a 2011 VW Jetta SE -- was pretty much enough to erase any regrets all by itself. Hell fire, just having air-conditioning again on the hottest day of the year was enough.

The new vehicle handles nicely, and is much quieter than the Malibu ever was. It's comfortable and feels reassuringly solid around me. It's smaller than the Malibu, but doesn't feel cramped at all. I have positive thoughts about German engineering and am hopeful that this will not give me so much trouble.

I'm hoping that it will last much longer than fourteen years. After all, my commute is now five minutes door to door, versus the twenty-plus minutes that it was throughout most of the Malibu's lifetime.

It's true that my old Malibu looked forlorn sitting at the edge of the lot, with its cracked front bumper and cardboard covering the smashed back-seat mirror. I couldn't help but think about everything we'd been through together, especially the last few years with Mom and her wheelchair, and the move. But in the end, that's good enough reason all by itself to get rid of the thing, even if I didn't have to. The Malibu had reached the point where it held too many associations, apart from its mechanical failings. It didn't take long, driving the new car, to realize that driving the old one in its dilapidated state had been causing me a fair amount of anxiety and depression. That's all gone now.

At least, for the time being. Entropy happens. But for right now, this was a good, even vital, step to take.

Email ThisBlogThis!Share to TwitterShare to FacebookShare to Pinterest
Labels: starting over