A Preview of Coming Attractions 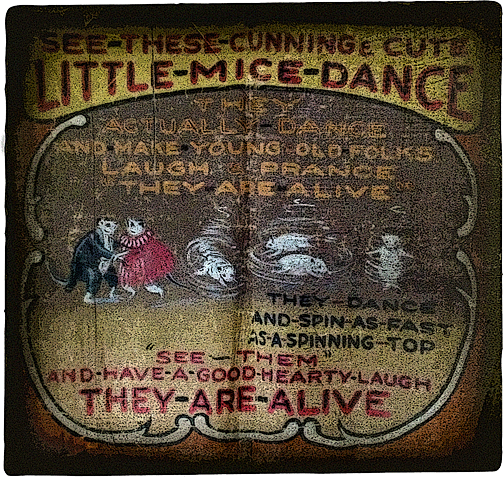 Last night and this morning I had just a little bit of a breakthrough on my next writing project. The Muses smiled on me, so to speak, and now I feel it’s Safe At Last to announce the next novel, due in April or May (although these things are always subject to change and the limits of nature), called See Them Dance.

From the beginning it was an experiment to see if I could actually write a novel on schedule, if not from a fully-formed outline then at least from a broad plan where I actually knew the Beginning, Middle and End of the story going in (this has never happened before). It was also a throw-down challenge to write something in a specific genre, although here my perversity raised its ugly head, as it has on so many other occasions in the past.

Years ago, on a lark, my friend Bruce Canwell (now doing wonderful things as the Associate Editor of the Library of American Comics) and I challenged each other to write a short story in the plain old-fashioned Sword and Sorcery genre. You know, Conan the Barbarian, Elric, that sort of thing. “Thud and Blunder,” as BC calls it.

Of course I couldn’t just go and write a Sword and Sorcery story that was recognizably Of The Genre. Instead, I set mine at the start of the American Civil War and made my hero a Scottish immigrant seeking work as a farrier for the Northern Armies who has a little squabble with Mister Death Himself in the form of a Negro slave.

See, I told you I’m perverse. That story is collected in Méliès' Notebook and Other Stories, now on sale all over the place, if you’re curious. Meanwhile, with my current project I had decided to write a “science fiction” novel. My friends Steve Miller and Sharon Lee need not worry (not that they would; I just wanted to drop their names and link to their site, because Steve has been so nice and passed links from here along to his fans). Instead of Science Fiction, what I’ve got on my hands is something right out of the Lunatic Fringe. Call it Rayguns and Sideshows, if you need a label.

All I can tell you is that it features a character that I’ve worked with before (although in different guises and under different names), and that it combines two of my favorite things: Space Fantasy and The Circus. That said, it goes in a completely different direction from Barry Longyear’s great Circus World novels of the ‘eighties.

I’ll leave you with this: What is the connection between Phineas Taylor Barnum and a string of murders that occurred in the American South during the early 1950s? You’ll find the answer in See Them Dance, a fantasy adventure starring Cranch the Clown, coming April or May 2013! Maybe June. I hope no later than that.

While I'm at it, I'd like to point your attention to the latest addition to the sidebar and the catalog page: our January publication will be a new First Issue of our oldest comics feature, Quirk. This is not just a Remastered, Re-Designed and cleaned up reprint of Sludge's origin story, "A-Muck Time." It will feature an all-new framing story that brings Our Heroes up to date in the present day and sets the tone for future stories, plus galleries, articles and more as I think of it! Look for it near the end of the month.