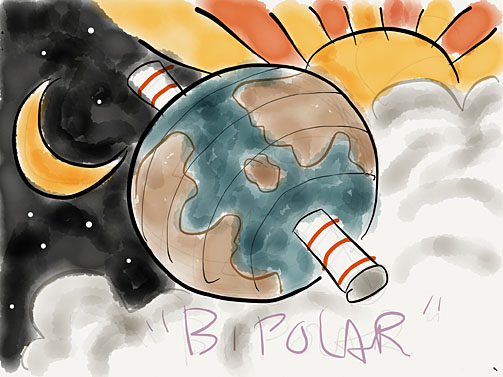 There isn’t a day -- not a single day -- that this blog doesn’t get at least a couple of hits from people using the search words “I hate AA” or something similar. Some of the more poignant search terms used include, “i want to get sober but i hate aa.” Yes, Blogger tracks these things.

Now, I’ll repeat that I don’t want the blog to become All About Alcoholism, mine or anyone else’s. But clearly this is a subject worth discussion, because AA has become the “catch-all” solution for people who are looking for Easy Solutions. It’s become the place where Sober People think all alcoholics should go... even including Sober People who would not be caught dead submitting to such a thing themselves if they knew what AA was really all about.

The judges and the doctors and the social workers: for them, AA makes life so much easier, because they can say: “I’ll fob them off on AA, and then wash my hands of them, and my conscience will be clean, because I sent them to a Respectable Established Organization that has had good results.”

The problem is, No one really wants to look under the hood of that organization.

I’m not suggesting that AA groups are going to pull a Jim Jones tomorrow and ask their members to commit Mass Suicide, although I have no doubt that, in some AA groups at any rate, if it was asked of them, at least some of the members would follow. The Cult of AA is that strong.

No -- what I’m suggesting is that AA is not as successful as those of you who have never had cause to go to a meeting think it is, and that many of the people that it is successful for become Stepford Wives.

Here’s an Interesting Fact: a lot of people at AA are Just Liars. They go to meetings, then they go home and get drunk. They use their attendance at AA as proof to other people that they are getting straight and sober, while they are secretly maintaining their old addictions. In the earlier column, I told the story of one alcoholic whose early sponsors are all dead -- of alcoholism. Hmmm. D’you want to be sponsored by someone with a fatal habit?

Here’s another Interesting Fact: AA does work for a lot of other people. Have you met some of them? They’re creepy and weird, like anyone who has taken Unhealthy Doses of any Religion. If you are happy becoming a Stepford Wife, then by all means, go to it...

To the people who accidentally land on my blog looking for alternatives to AA that work, all I can tell you is this: I’ve done really, really well in the last four to five months, and it took specific things to make that happen. First: the Doctors finally found the right combination and dosage of anti-depressants for me. This is a big deal. Until I got my depression under control, I was self-medicating with alcohol, and as everyone knows, drinking only makes it worse, causing you to drink more, etc. etc., to quote Yul Brynner.

Second, some good people at the hospital (Cheryl, are you out there?) got me through the physical and emotional symptoms of the actual withdrawal, which I could not have done on my own, Not No Way, Not Nohow. I tried. When you wake up desperate and shaking uncontrollably, gagging and sweating, in a state of panic, there’s only one thing you can do when you’re on your own that works, and that’s to throw down the Magic Elixir.

Third, I got fired. I prefer to think of it as, “I divested myself of a job that I desperately hated and an Insane, Purely Evil Boss who was bullying me every day.” I did not know how much I hated that job or the damage it was doing to me emotionally until I was out of it. My finances are suffering terribly as a result of this (it would really help if y’all would take a gander at my books over there on the sidebar! They’re cheap, and I’m not the only one who thinks they’re good...), but I’m so much happier now, night and day, the difference is almost beyond belief. The incident that cost me my driver’s license also got me fired, and so I see it as an event that brought me some tough times, but also a very great and real blessing.

Fourth, I got back to doing the kind of work that I want to be doing: making books that I hope, with any luck, will entertain and divert some people from the troubles that they face in their lives. If it works, I could not ask for more than that.

Because of those things, I pretty much don’t even think about drinking anymore, except as something that would cause me to lose everything I’ve worked for these last four months, and in the years before I started drinking. Fingers crossed, all this will hold together.

And so the best prescription I can give anyone is: get help for the things that are beyond your power to deal with on your own, then find out what’s eating you, remember what it is that you really want to be doing with your life, and get rid of whatever it is that’s holding you back.

You do all that, you won’t need AA.