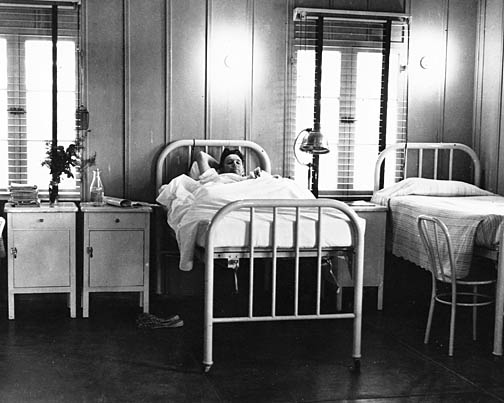 Early this past March, an incident at work really shook me to the core. My immune system, already weakened by alcohol, seemed to completely vanish at this point, and I became ill with a flu virus. The doctor could not or would not do anything for that, but I felt terrible and didn’t want to feel that way, so I began “self-medicating” to an alarming degree, basically just drinking myself to sleep, waking long enough to do my chores and take care of my cats before drinking myself to sleep again.

As the flu began to subside and I began to get my strength back, I began to realize that all this drinking was certainly Not Helping, and it was probably making things worse. So I quit Cold Turkey, just like that – and that was my biggest mistake yet. Within twelve hours I had another fever, was dry-heaving uncontrollably, and my hands were shaking almost cartoonishly. I knew what the solution was: I got myself a bottle and within three drinks was feeling much better.

On, I believe, the second Monday of March I had an appointment with my usual therapist. She declared that, as she was not licensed as a substance abuse councilor, this would be our last meeting until I could get alcohol out of the picture. I didn’t quite understand this: I was able to separate alcohol from the other issues – why couldn’t she? But she was insistent.

With some helpful  brow-beating from one of my more assertive co-workers, my therapist made an appointment for me with a Substance Abuse RN at Seton. Which I showed up for drunk. D_____ was very good about it, but she also saw what needed to be done, and very much against my wishes I was loaded into an ambulance and taken off to the Thayer Hospital Emergency Room.

It was a busy afternoon. There was a young girl there that I'd seen at Seton who was also waiting to be admitted. I was put through the pre-registration process, and led to an inner waiting room where I could lie down.

I waited. And waited. More than an hour passed. Nothing was happening. No one was getting in. After who knows how much time had passed I finally went back out into the main waiting room and called my friend S_____, asking if he would give me a lift over to my car at Seton so that I could just go home.

While I was waiting in the doorway for him to arrive, a nurse came up behind me and asked what was happening. I told her that this was completely ridiculous, I'd been waiting for however long, and the other girl had been waiting for over two hours. She went away and reappeared with a form for me to sign, saying that I was walking away against medical advice.

I signed it, then ventured outside. The girl from Seton was sitting on the steps out there, smoking a cigarette. We both complained about not being able to get in. She showed me her forearms. She had slashed them almost to ribbons.

We wished each other luck and I went around to the back of the building to see if S____ had come in that way. No soap. As I came back around into the  Emergency Room parking lot, S_____'s wife C______ and I spotted each other at about the same time. She came up to me and asked what was going on. I said, "This is crazy, no one is getting through, if they won't help me, I can just go home and after a couple of drinks I'll feel fine."

C_____ went into the ER reception hall declaring that she would read them the riot act, and S_____ took me by the arm and turned me back in the direction of the Entrance. As we came up inside the building, the girl I'd been talking to saw me and cried out, "They just called your name!" The nurse was standing right there waiting for me. S_____ passed me off, and I was taken in to where I disappeared off the face of the Earth for five days.

On my release, I immediately relapsed. We'll get into the whys and hows of that in another post.

Just three days later, the following Tuesday, I had another appointment with D_____ for which I again showed up drunk. She explained that I would not be able to go into the IOP if I had any alcohol in my system, or had any signs of withdrawal.

I went home, and was a Good Boy, and did not drink. Well, in true Alcoholic Thinking I finished up what was left in my only bottle (I rarely ever had more than one in the house at any time), but after THAT I did not drink. I thought everything would be hunky-dory. I'd be sober and get into the program the next evening where I would begin to get the help that I finally was realizing that I needed.

But by early the next morning I was again suffering heavy signs of withdrawal, as before. I placed a frantic call to D_____ (though I could hardly push the buttons on the phone without making a mistake, and had to make three tries to get it right), who had not yet arrived at work, but who called me back after a couple of anxious hours around ten AM.

I told her and said, "I don't think they're going to let me into the program tonight!"

She said, "I strongly urge you to go back and re-admit yourself to Rehab."

I was faced with a choice. I could blow off the IOP completely, just go out to the store, get myself another bottle, and feel artificially fine within three drinks. Continue the cycle. Or I could take D_____’s advice.

I didn't want to take her advice. I didn't want to go back there, to leave my kitties and my home and trouble my friends yet again with their care. D_____ said, "You're not going to be any good to them dead."

So there was that. And there were a couple of other things about my admission the previous week that led me to believe that this could be different from the so-called (failed) "Detox" that I endured two years previously, shortly after the death of my my mother. I knew that there were programs, and group sessions, and one person in particular that I could talk to.

And so, by my own free will, I re-admitted myself to 4 East, determined this time to just put myself into their hands and listen and do what I was told. My friend S______, who lives just down the block, gave me a ride over and waited with me until they called me in for pre-regiatration.

When that was done, I used the phone to call one of my oldest and dearest friends, H______. He said, "I'm proud of you, you're doing the right thing. I'll pass the word on."

I started to cry and he said, "Don't cry about it, you're doing the right thing."

And I knew that. It wasn't why I was crying. I was crying because by taking this action voluntarily, I was finally admitting to myself and everyone who knew me just exactly what and who I was.