It's Fun to Be in the I-O-OH-P (Not): The Dictionary of Self-Loathing 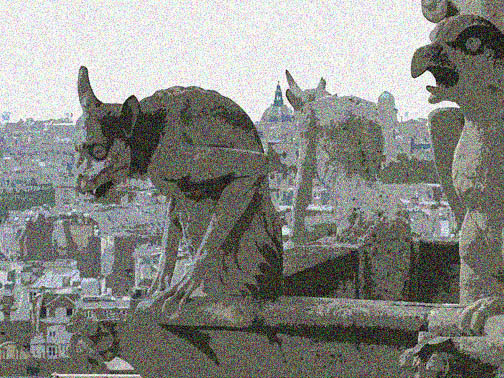 Of all the faux profound psychological games one is forced to play in either group or individual therapy, the one I hate most is the Positive / Negative game.

This is the second time we've had to play this sort of self-loathing game in the Eye-Oh!-Pee. The first time it just depressed and humiliated me. The second time, last night, resulted in one of those moments where if there had been a loaded gun in the room I would surely have turned it on myself, pulled the trigger, and blown my brains out in front of the whole class.

By the time I was done with the exercise, I had a list of negative messages as long as your arm -- but nothing at all in the positive category. There simply is nothing. It's no good putting on s smiley face and just Making Shit Up.


Of course we were then expected to read our lists to the whole damn class. Of course. You can't express anything privately in these sessions. My head was downturned and I would not meet anyone's eyes, so I was called upon last. I said, "I don't have any positives." The instructor said, "Well, start with the negatives and maybe we can help you with the positives." I said, "I'd rather not." Seriously, who wants to read out a litany one one's flaws and failures when that is all you have?


Next we were told to pick one of our positives and write it out in big letters. I did mine in block letters with shading. I wrote:


The instructor saw this and said, "Doug, if you're really stuck you can use one of the messages on the blackboard."


I had read the positive messages on the blackboard earlier. It was all Complete Bullshit like "I am a Caring Person."


Well, no, honestly, I'm not. I mumbled something to the effect of, "I don't believe it," and went right on shading my Nothing and my Zero.


The instructor said, "Doug, I'm concerned. . . " and before I could even think "Bully for you" B____ chimed in from across the table. B_____ is a big, loudmouthed junkie who is just the sort of person who used to push me around on the playground when I was in school, but he leapt in with, "Yah, I'm concerned, too; you're a good man an' --"


I guess my expression told him to put a sock in it. I wanted to tell him, "What do you know? You don't know me from shit."


I was down for the rest of the evening, right up until bedtime. I didn't sleep well. I guess that it's remarkable that I wasn't tempted to take a drink, not that any stores were open where I could have bought the stuff. But I have to wonder if some of these social worker/instructors really know what they are doing sometimes. Do they know what cans of worms they are opening? Do they know that they are playing with fire?