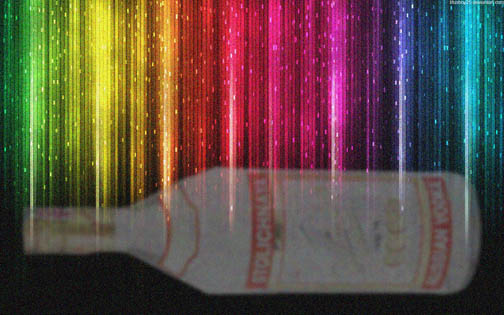 . . . exclaims one of the Jets (or is it the Sharks?) during the "Officer Krupke" number in West Side Story. Now I can make my own similar claim, although it's more along the lines of a social disorder.

If you've spent time on this blog you know that, thanks to some reports on the PBS News Hour that led me into some specialized reading and online tests, I began to suspect a while back that I was an Asperger's Syndrome patient.  Asperger's, in a nutshell, is a higher-functioning form of Autism where mental development is not delayed, but social skills can be severely impaired. in a variety of ways. There is no cure or Magic Pill to treat the disorder, although Cognitive Behavioral Therapy has sometimes been shown to help. Over time, without even knowing it, I have developed some coping skills -- unfortunately, one of these was self-medicating with alcohol.

I well remember the depression, panic, fear and anxiety that I lived with most of my life. I remember thinking, "How can anybody live like this? Does everyone experience life like this?" My beginnings with strong drink were more or less a deliberate action that I took as soon as I felt that I could afford it. It never occurred to me to go to a doctor and get some prescriptions. Doctors were neurotypicals, after all (although I didn't have that word at the time), and didn't understand me any more than anyone else did.

As soon as I started reading comics (well after I'd read writers like Faulkner, Orwell, Borges and others) Marvel's Language of Difference became permanently lodged in my lexicon. I was clearly a "radioactive mutant," well out of touch with the wavelength of normal people (contemptuously referred to by many a Marvel villain as "humans.") I was unconsciously (but correctly) diagnosing myself even then, decades before I ever heard of Asperger's.

My parents clearly knew that there was something wrong with me, and sent me for various tests and analysis, but the Asperger's diagnosis did not exist in those days. They sent me for hearing tests and were told that my hearing was normal, or even a little bit better than normal -- so why could I not understand / process so much of the spoken word? I think that they sought answers most every way they could think of before finally throwing up their hands and being done with it.

It's not conjecture anymore. Last week I was officially diagnosed by a qualified professional and her team. I am now formally and forever "On the Spectrum." No one wants to have a social disorder, but at least it goes some way towards explaining my whole life. It was not just Random Stupidity and Fear and Avoidance and perceived arrogance. There's a reason why am the way I am. My brain is actually wired differently from the "norm."

Among other things, Asperger's can lead to "Depression and other mood disorders" -- which in turn can lead to -- what? Anyone? Any guesses out there?

And yet, I'm now feeling that my decade-long bout with drinking is just another chapter in an already somewhat mystifying and definitely unfulfilling life. The feeling of Knowing is strange and terrible and somehow assuring. It takes me back in my mind to places where I do not necessarily want to go. With this diagnosis, everything drops neatly into place -- including my long-standing tendency to express myself through quoting others.

Especially these last two years, spending my evenings in a dark room lit only by a television or a computer screen, dumping drink after drink into myself; that was my way of making myself invisible.