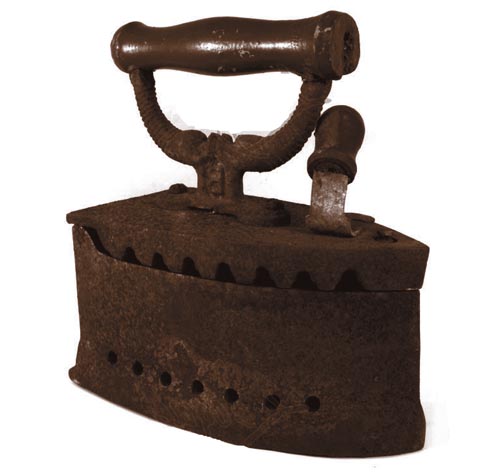 I'm on record (with my friends, if not on this blog) as thinking that the first of the Iron Man movies is one of the Best of Breed when it comes to adaptations of funnybook superhero types. So when II came out and the PR, the critics and word of mouth all showed signs of it Not Measuring Up, I decided to stay well away. On the other hand, when it starts to turn up in the $5 bin -- sure, I'll take a flyer on that.

And, faced with a choice between that or Terra Nova on FOX or a Garbo movie that might have appealed to me on a Friday night but didn't on a Monday -- or, God forbid, Top Gear or Dancing with the Has-Beens, Nobodies, Never-Weres and Who-the-hell-are-Theys. . . OK, I picked Terra Nova.

But it lost me early on. The protagonists are a family who broke the law and had one too many children in a world that only allows two. But -- look around you at that world! There's a reason why the population needs to be controlled! The air so foul that citizens have to wear gas masks. The earth so far gone that an orange is a black market rarity. Speaking as a single man who has never reproduced himself, honestly, is it such a hardship to only have two children? Oh, and if I'm your neighbor -- your Extra Kid is breathing my air, leaching off my share of the resources. . . in short, this family is a pack of criminals, and the producers of Terra Nova are asking  me to feel sympathy for them. They came to the wrong guy!

So, the minute the family traded one police state in a dying world for another police state in Dinotopia (because that's the book that this show is ripping off), I slotted Iron Man II into the DVD player, and it was trading up, even though two turns out to add up to about half of one.

There are serious problems attached. The worst is that rather than allowing Tony Stark to grow up, as he showed signs of doing in the first picture, the filmmakers instead upped the anti and have Robert Downey Jr. behaving even worse this time around. It turns out that Stark is dying from blood poisoning contracted from the arc reactor inside the very chest plate that's keeping him alive. This causes him to behave badly, which is Don Cheadle's excuse for stealing the silver Iron Man prototype and becoming War Machine. "You don't deserve this," he says to Downey, just before the two men destroy Stark's apartment in an armor-clad brawl.

This is not the Tony Stark I know, the one who reinvented himself in the first movie's smashing opening scenes. At the prodding of Nick Fury and with the ghost of his father urging him on from the dead, that Tony Stark does finally make a comeback, but not until halfway through the movie, and not until we've been subjected to scenes like Stark getting staggering drunk at his own birthday party -- while fully suited up in the Iron Man armor. "People ask me how I go to the bathroom in this thing. . . [pause] . . . Like that." It's the low point of the movie and it almost kills the thing.

It's all in the way of the Film Theory bugaboo, the idiotic Screenwriting 101 rule that dictates every character in a movie has to have a journey. Maybe so, but this was not the way to go.

When Stark's troubles come from the outside world rather than demons within, then the movie really hums along in an almost clipped, episodic fashion that echos the days when Iron Man shared billing with The Sub-Mariner in Marvel's old Tales of Suspense comic book.We have Mickey Rourke, effectively cast as Whiplash, suffering an early smackdown at Cannes; we have hearings in the Senate; we have War Machine and a competitor named Justin Hammer. We have the "Demon in a Bottle" story. We have Black Widow (Scarlet Johansson looking fabulous as Natasha, though she only gets one big scene). Sooner or later you know it all has to come together and it does, in a very flashy (and somewhat misguided) finale. It's all rather more entertaining than I make it sound -- but it doesn't hold a candle to the purity of the first film.

The movie's best Special Effect, by far, is Gary Shandling. It was a masterstroke to cast Shandling as the senator who is giving Stark such a hard time over the Iron Man tech. We've seen straightfaced and straight-ahead performances in this type of role many times, but Shandling plays with it the way a cat plays with string. He's twitchy, he's arrogant, he's insecure and overcompensating, and it all shows. Hands down, it's the best performance in the picture,

The closest that it comes to capturing the gosh-wow essence of the character is in the Cannes sequence. Back in those old Tales of Suspense comic books, beautifully rendered by the recently late Gene Colan, Tony Stark kept his amazingly compressed and collapsible armor in a light briefcase. When that briefcase suddenly appeared in this movie, I stomped on the floor with happiness. When it was finally delivered to Stark, and when he opened and applied its contents with a brilliantly modern twist, I almost jumped out of my chair. It's probably the best sequence in the picture, and it single-handedly powered me through much of what followed.

Billy Batson shouted "SHAZAM!" to become Captain Marvel. This is the move's SHAZAM moment, and it makes up for an awful lot.