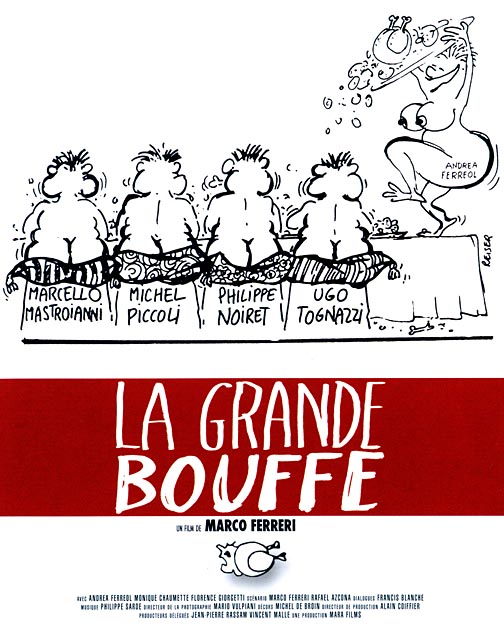 "Do you like entertaining?" one of my guests said to me on Sunday night. I said, "I don't know. I've never done this before!"

It's true. Cooking dinner and hosting an evening in my own house, for FIVE guests and myself? Not only is this untilled ground, but I spent most of he day regretting ever having thought of it and wondering how I get myself into these messes.

Present were my lawyer, her paralegal, her paralegal's husband, my father and his wife. I make no bones about it: Dad and M_ were there for the specific purpose of taking the burden of conversation off of me. I knew Dad would excel at this, and he didn't disappoint: especially after dinner, he reverted to raconteur mode and dominated the talk.

All of them have been of great help to me in the last year-plus. Dinner was the least I could do. Besides, I genuinely like J____ and S__, and S__'s husband, the son of one of my mother's old friends from the antiques business, now long gone, is a bit mannered and strange, which I suppose makes him one of My People.

I spent all morning Sunday cleaning the place, and a good chunk of the afternoon prepping the meal, which was simple (as it needed to be): shrimp as an appe-teaser, baked chicken bosoms, corn on the cob and asparagus. I meant the latter to be spinach, but at the last minute I discovered that I had none in stock, so I went with what was in the crisper drawer!

Seven gigantic chicken mammaries were almost more than I could get into the oven, and challenged my supply of baking pans! Yes, seven -- one each for the humans present and accounted for, plus one for Whitey and Honey (Pooky, Patches and Pandy Bear seem uninterested in chicken udders. Go figure).

Never having cooked on this scale before (I could barely fit all the corn in my biggest pot), I was quite nervous about it. Would so many chicken boobies take longer to cook than the two I normally bake? How best to handle the serving?

I set the dining room table as nicely as I could, then looked through my cupboards to see what I had that would work as serving dishes. . . I never really looked at my inherited cutlery with a critical eye before. I found three dishes that would work and set them out. All my ducks in a row, all right all right.

It was four-thirtyish. I sat down here at the 'puter and promptly felt my brains dribbling out of my ears. In Monty Pythonese, I was "tired and shagged out following a prolonged squawk." I loaded up Bejewelled 2 and mindlessly shifted gems about with the music cranked up to the max.

At five o'clock I got up to feed the quats inside and out, and entered my kitchen to find my father's wife standing there cleaning up my counter.  True, there were a few little kat krunchies and bits of food scattered around the plate, but I was just going to clean that up as part of the process. Suddenly I knew exactly how my mother felt when she used to complain that Grandma Mel would always start cleaning her kitchen whenever she visited. I was shot through with anger. They were more than half an hour early, I hadn't heard them because of the game, and she had the balls to waltz in and start cleaning things.

Worse, she wouldn't get out of my way. I needed to feed my kids, and it's a small kitchen, and that damn woman would not disappear. She had brought stinky cheese and crackers and was determined that they had to be made presentable right away. While I tried to do my work, she tried to co-opt the serving dishes that I had set out for their specific purposes. I dropped what I was doing and got a new one out of the cupboard that I thought would be appropriate for cheese and crackers. I said, "You can use this one or this one, I don't care which." She picked up a third and said "I like this!" I said, "No, that's for the corn." Truly, I had no other dish that would hold the corn.

The more I get to know my father's wife, the more I dislike her.

"Domineering" would be the operative word. Other words have been used to describe her, but they came from people with piles of resentment of one kind or another, and I won't repeat them. I can only tell you what I've been through with the damn woman. It's like she thinks that she owns my house because she loaned some money to make its purchase possible -- money that has been paid back, well before it was due. What do you say about someone who comes over when you aren't home and plants things in your garden without consulting you? I don't even like daylillies! Bushes are what my garden needs.

When the guests arrived, she wouldn't let them eat the shrimp at first. She went around to each one and demanded, "You try cheese! You try stinky cheese and cracker! Hee hee hee!"

Dad told me later that she was determined to stay out of the hosting part because she "wanted it to be mine." Christ, if this is her version of staying out of things, I shudder to think of the alternative.

I'll stop there. No I won't. After dinner she did a lot of talking, and that's FINE, but her voice is heavily accented and I have a hard time understanding people at the best of times. Approximately forty percent of what comes out of her mouth is gibberish to me -- and it's not her FAULT, I'm not CRITICIZING her for that, it has more to do with my disability than anything else; but it adds a layer of difficulty to dealing with her. I literally tuned her out.

The evening came off well. I do believe a good time was had by all. But at a certain point, I really just wanted them all to go away. It probably lasted for another forty minutes. Then Dad cleared the room. It was a beautiful night out. I stood on the deck and watched as my guests pulled away.

Well, not all of my guests. Yes, that's right, my father's wife was in the kitchen, cleaning things up and putting things away. She wrapped all the leftover chicken in foil and shoved it all into the freezer despite my telling her TWICE that I wanted one left out for my kids. I still don't know where the four spears of leftover asparagus went.

I kept telling her to stop and she wouldn't. I just wanted to clean up at my own speed and in my own way. It's not HELP when it isn't wanted.

Lessons learned from the evening?

I can do it. I can plan and make a thing like this happen and work, at least in the physical details. Part of the planning absolutely has to include inviting someone with the social skills to take command of that aspect of the event, so that I don't have to, so that I can be free to putter and worry in the kitchen and not have to think about how to make small talk.

But never, never again, will my father fill that role. He comes at too high a price.