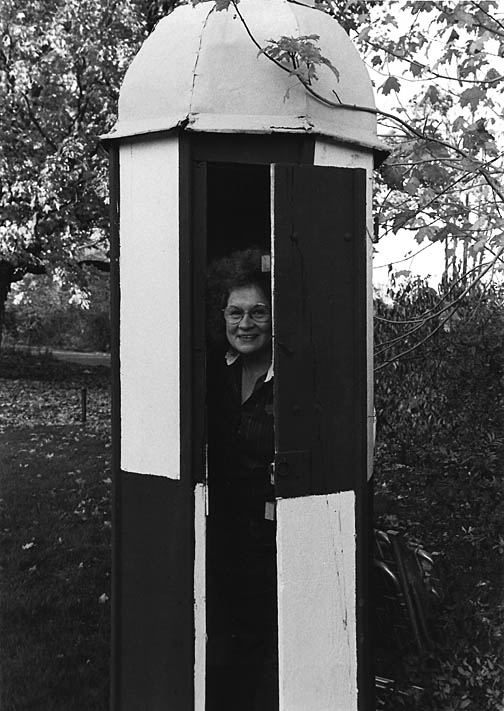 I couldn't understand why the palm of my right hand hurt so much yesterday. It was over-all ouchie, but just at the base of my thumb it was particularly painful and red. I wondered about it all day. Then, around dinnertime, the coin finally dropped: on Saturday I dug two hundred and sixty holes in my lawn with a hand trowel. DUH! You think?

I'm a slow thinker. When rapid decisions are called for, I usually just freeze. If they got me on Hell's Kitchen, I'd probably just stand there with a spatula in my hand looking bewildered and repeating to myself, over and over again, "Oh my god! Oh my god!"

Anyway. Two hundred and sixty holes exactly. I counted them.

A Hole is to Dig. I'm sure that my neighbors thought I was crazy, especially when I started in digging holes along the strip of grass beside the road. But I was planting daffodil bulbs. My father left a plastic bucket full of them on my doorstep. It's more than likely that some won't make it, but with any luck my yard will be dotted with daffodils next spring.

Most people plant daffodils in garden beds. But out at the old house we had a section of the back yard that was full of them every spring. My mother used to say that planting daffodils in that section of lawn was the best thing my father ever did.

I'm taking the idea one step further. I'm going to have daffodils all around my house. Don't know how I'll mow the lawn, but I'll figure that out when the time comes.

By the time I was done, having cut the grass just prior to the planting, I was so shagged out that I flopped on the porch and just evaporated. My shoulders were complaining bitterly at my treatment of them. My heart was beating so hard that I could feel it pounding against the back of the couch. But, yeah, it was a good kind of tired.

Today we've had two periods of torrential rain, so my daffodils are getting a good soaking.

Next, the hosta has to come out, to make way for hydrangeas. I don't think that's going to happen right away!

Yesterday I bought a combination printer and scanner. I wasn't planning on doing it. It was just there, with a sign overhead that said $49. I couldn't believe they were serious. Ah, but t probably doesn't work with a Mac, I tthought. Checked the box. Yes, it does! It's been so long since I was able to print or scan anything at home; even so, I stood there and thought about it for several minutes. I told you; I'm a slow thinker.

Later in the evening, printer / scanner ensconced and software installed, I cast around for something to test the scanning bit with. I finally settled on the black and white portrait of Mom that's been sitting in my kitchen here ever since I moved in. It was taken by her sister-in-law, my Aunt Sharron, maybe twenty-plus years ago, and is hands down the best portrait of her that I have.

In the process of taking it out of the frame, I found three more photos concealed underneath it. Photos that I had no memory of ever seeing before. All of them terrific. In one of them, she's seated on a wooden rocking horse with her brother, my Uncle John, standing beside her.

But my absolute favorite of the lot is the one that's heading up this post. Maybe it's that she's standing inside the "hoosegow" that's out in my back yard right now. Maybe it's because I've come to think of the structure as "my TARDIS," and this makes me feel as if she's just popping off for a bit, out for another lark in time and space, you know it's bigger in here than it is on the outside, possibility, possibility, possibility, see you later.

Maybe it's because she looks happier than I ever saw her, ever, in the last five years of her life.

I'm not putting it back behind the other pictures. This one deserves a frame of its own.